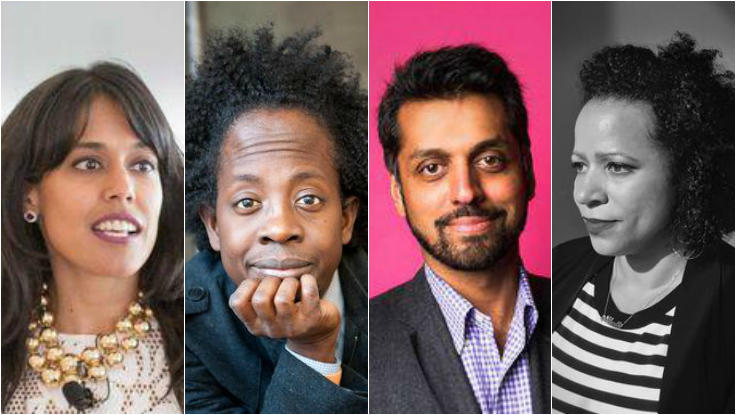 The Lavin Weekly: Resegregation in the U.S., Confronting Racial Bias, Marriage Anxiety in the White Working Class, and a Modern Hajj

In this Lavin Weekly, Nikole Hannah-Jones reveals resegregation in the U.S., Ritu Bhasin shows us how to combat everyday racial bias, Rich Benjamin explains why Hilary Clinton’s marriage mattered, and Wajahat Ali takes us on a modern hajj.

1. “The names of towns and neighborhoods can serve as code, a way of referencing race without being explicit.”

An Alabama town wants to secede from its school district, that is, split off from its public school district to form a smaller, more exclusive one. Read: whiter. This is the re-segregation of the U.S. “Since 2000, at least 71 communities across the country, most of them white and wealthy, have sought to break away from their public-school districts,” says Nikole Hannah-Jones in her New York Times cover story (her previous cover story won the National Magazine Award).

2. It’s the one thing you have control over, that you can do immediately, that will actually make a difference”

“For me it feels harder to be a racialized person today than ever before in my life,” says leadership and inclusion expert Ritu Bhasin in The Huffington Post this week. She deconstructs the everyday language used to perpetuate racial bias, the small ways in which everyone participates in its preservation, and then shows us how to disrupt it.

3. “Working class white anxiety is about marriage, too.”

Donald and Melania embody an “anxious, white working-class” fantasy that Hilary and Bill never could, says Rich Benjamin this week in Esquire. “Good marriage is increasingly the preserve of the affluent and the educated,” he says. “There is decreased accessibility to the married, two-parent family ideal among poorer whites, and across Trump’s America.” Trump’s marriage, on the other hand, is “part of his faux-populist brand—angry, but perversely aspirational.”

4. “Is it permissible to take a selfie in front of the Kaaba during hajj?”

Wajahat Ali is leaving for his first Hajj—a five-day pilgrimage to Mecca and one of the most meaningful experiences in a Muslim’s life. But what does hajj look like for a public figure in 2017? He explains in The New York Times (part one and part two): “While I initially worried it might distract me from my prayer, sharing the photos and Facebook Live videos made hajj a communal experience, in the most modern way possible.”