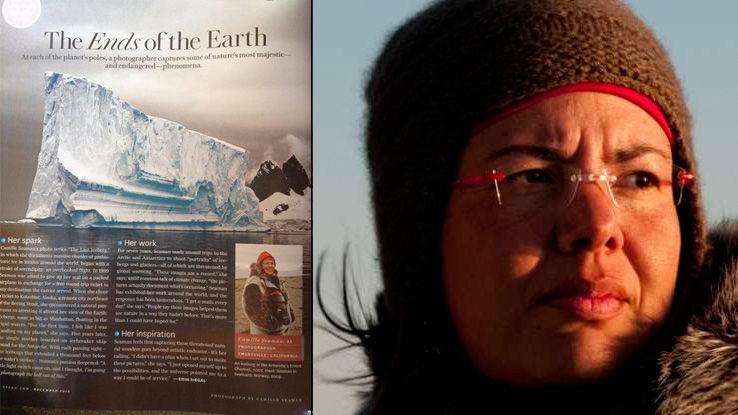 Camille Seaman didn't have a "plan", per se, when she started shooting the breathtaking photos in her series "The Last Iceberg." In an interview in December's edition of O, The Oprah Magazine, Seaman tells the story of a spontaneous trip to Kotzebue, Alaska that changed her life. When a flight she was on was overbooked, Seaman was offered a free trip to anywhere in the world in exchange for giving up her seat. When she chose to fly to Alaska, the city-sized icebergs floating in the frigid waters moved her in a way nothing had before. "A light switch came on," she said in the article, "and I thought, I'm going to photograph the hell out of this." Since that day, the TED Fellow's photographs have been featured in National Geographic, TIME and The New York Times. She has won numerous awards—including the National Geographic Award and the Critical Mass Top Monograph Award—and published several books.

Her awe-inspiring photos have influenced people all over the globe. "I get e-mails every day," Seaman said in the magazine interview, "people say these images helped them see nature in a way they hadn't before. That's more than I could have hoped for." Seaman says her work extends far beyond simply taking photos—in fact, she said it is her calling in life. In her stunning keynotes, she shares the powerful photos with her audience, explains the story behind each photo, and uses the pictures to share the beauty of our threatened northern landscape.

environment | November 13, 2012
Cesar Harada: The Cities Of The Future Are Linked To The Oceans [VIDEO] 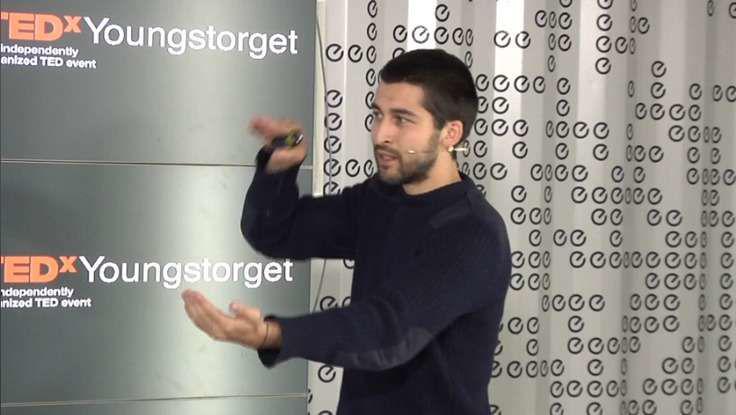