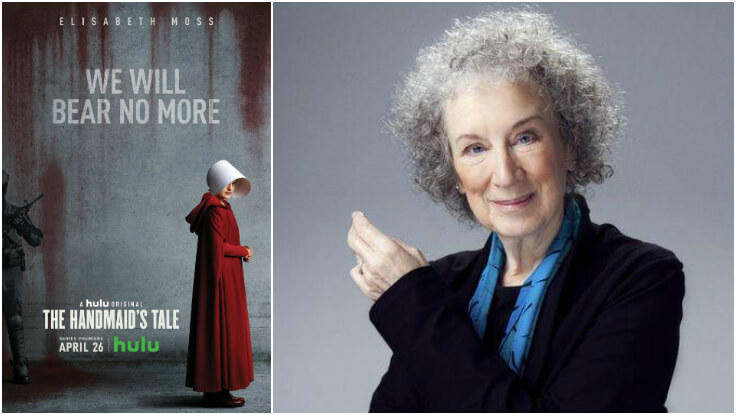 With eight history-making Emmy wins, Margaret Atwood received the biggest standing ovation of the night for The Handmaid’s Tale, the Hulu adaptation of her dystopian classic.

Set in a totalitarian society where a small population of women are enslaved due to their much-coveted fertility, the story imagined by Atwood more than 30 years ago feels freshly relevant. Within television’s most prestigious prize night, The Handmaid’s Tale swept the categories, taking oustanding lead actress, outstanding writing, as well as a landmark victory best dramatic direction. Most impressively, it won the coveted Outstanding Drama Series trophy, which Atwood herself went up onstage to collect.

“The handmaids have escaped,” said Atwood. “They’re out there, and they’re coming to you again in season two!”

The Lavin Agency is a premiere speakers bureau. To book Margaret Atwood, or another creative speaker, such as Angie Thomas or Salman Rushdie, visit our authors page.