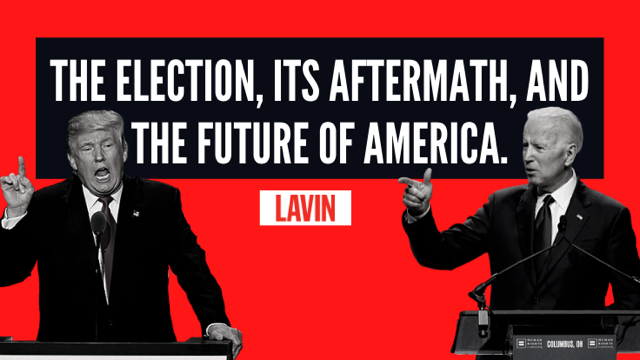 Everything about this election—from the global pandemic ravaging the nation, to the president’s claims of voter fraud—has been unusual, to say the least. And though the peaceful transfer of power will begin, Trump continues to contest his defeat and several lawsuits remain in motion. What happens next? And what can we expect from a Biden presidency? These Lavin Speakers help us make sense of today’s most vital political news.

If Joe Biden learns one thing from Barack Obama, let it be that moderation won’t save him, says Jelani Cobb. The New Yorker writer joins MSNBC to discuss what role the former president will have in Biden’s administration, and the looming importance of Georgia’s senate race.

Curious about what Trump is really trying to achieve with all those challenges to the election? New York Times bestselling author Emily Bazelon discusses the president’s motivation to create trouble in a special episode of Slate’s Political Gabfest.

Here’s a frightening thought: Donald Trump still has the power to launch nuclear weapons at any time! In his new piece for WIRED, journalist Garrett Graff reveals why the nation’s hair-trigger alert system—a relic from the Cold War-era—desperately needs to be reformed: “We shouldn’t have to worry whether presidential whims endanger our world and human civilization.”

Joe Biden is inheriting a very different America than his predecessor. In a segment for The Hill, The Intercept’s Jeremy Scahill warns of the long-term damage Trump has already done—and why it will be difficult to undo.

After 4 years of a Trump presidency, we finally have the opportunity to move the needle on climate action again. But if activists are to get anything done, they’ll need to aggressively make their case—without alienating the people they must work with, says Bill McKibben. His latest article details the best way to push the climate agenda forward in the Biden era.

This election definitely revealed how divided America really is. But that divide has less to do with race, and more to do with where you live. Derek Thompson’s piece in The Atlantic dissects the crucial factors that influenced the election’s outcome.

“A great many people did not vote for Joe Biden, they voted against Trump, because they recognize the tremendous threat that he represents,” writes Naomi Klein in The Guardian. Her new piece outlines why Biden—the “safe” choice—still represents a risk to the country.

On a new podcast, former Demos president Heather McGhee (author of the forthcoming book The Sum of Us: What Racism Costs Everyone and How We Can Prosper Together) discusses the racist scams that undergird the American electoral system. Listen to hear her respond to the “I voted for Trump because of my 401k” excuse.

Interested in learning more? Check out the Politics & Society page, or contact The Lavin Agency for more information on booking a speaker for a virtual event. 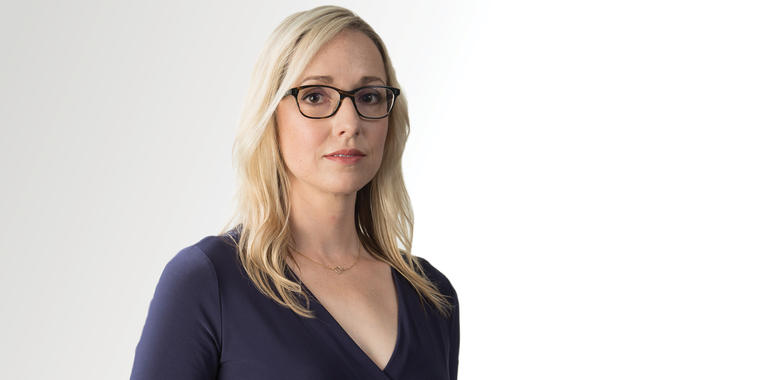