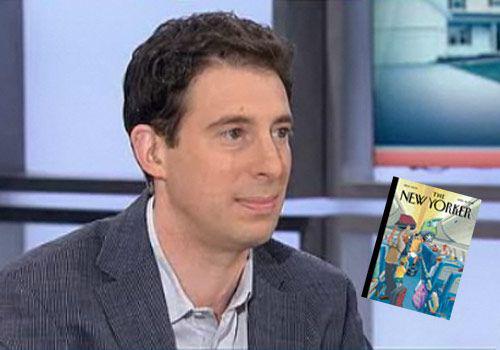 The #1 most popular article at The New Yorker this week is "Why Are So Many Americans Single?"—a review of Eric Klinenberg's new book, Going Solo: The Extraordinary Rise and Surprising Appeal of Living Alone. The magazine writes that despite society's stereotypical image of loners (with their “taint of loserdom”), “Klinenberg’s research suggests that our usual perceptions about life alone get things backward. Far from being a mark of social abandonment, the solo life tends to be a path for moving ahead, for taking control of one’s circumstances.”

Single living is a trend that's here to stay: “Klinenberg’s data suggested that single living was not a social aberration but an inevitable outgrowth of mainstream liberal values. Women’s liberation, widespread urbanization, communications technology, and increased longevity—these four trends lend our era its cultural contours, and each gives rise to solo living.”

It makes sense that more people are flying solo, and that they’re happy to do it. In fact, it’s what we have been taught to do:


Klinenberg calls it “the cult of the individual”—[it] may be the closest  thing American culture has to a common ideal, and it’s the premise on which a lot of single people base their lives. If you’re ambitious and you’ve had to navigate a tough job market, alone can seem the best way to approach adulthood. Those who live by themselves are light on their feet (they’re able to move as the work demands) and flexible with their time (they have no meals to come home for). They tend to be financially resilient, too, since no one else is relying on their income. They are free to climb.

In his talks, Eric Klinenberg discusses the broad implications of this new trend toward solo living as it affects, disrupts, and creates new opportunities in various industries.