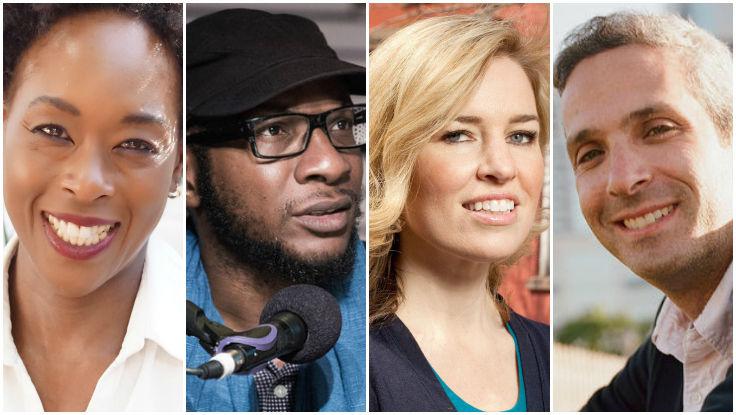 It’s nearing the end of the year, and that means Best-of lists. And recent books from Lavin speakers—Teju Cole’s Known and Strange Things, Margot Lee Shetterly’s Hidden Figures, David Sax’s The Revenge of Analog, and more—have won over critics and readers alike.

America's War for the Greater Middle East by Andrew Bacevich. For four decades, we’ve been wielding military might to solve crises in the Middle East. It’s largely been a failed enterprise, and Bacevich, a retired colonel and military historian, tells us why in this “immensely readable” study.

Magic and Loss by Virginia Heffernan. This NYT Book Review Editor’s Pick treats the Internet as a massive, collective work of art, and one of humankind’s great masterpieces. It’s “a thoroughly engrossing examination of the Internet’s past, present, and future.”

Black Hole Blues and Other Songs from Outer Space by Janna Levin. One of America’s “best contemporary science writers” takes a snapshot of history—LIGO’s recent detection of gravitational waves—and brings to life the pioneers behind the project.

Known and Strange Things by Teju Cole. In this “bold, honest, and controversially necessary” essay colllection, the celebrated photographer and art theorist covers a staggering breadth of subjects, from James Baldwin to Shakespeare, a Nigerian military coup to the death of the last Tasmanian tiger.

Heffernan’s Magic and Loss is one of Inc. magazine’s “10 Smartest Reads for Entrepreneurs,” and was named one of the “best in new perspectives and big ideas” by 800ceoreads.

Naming it to her yearly top ten, veteran New York Times book critic Michiko Kakutani calls David Sax’s The Revenge of Analog an “insightful and entertaining account” of the comeback of real stuff in the digital age. Why are Polaroid cameras, vinyl records and board-game cafés suddenly popular again? Why do digital businesses like Facebook and Yelp rely on seemingly outdated tech like whiteboards in their offices? Sax explores the curious trend, and tells you what it means for culture, business, and 21st-century life.

In addition, literary legend Margaret Atwood has had a fantastic year. A graphic novel, numerous TV deals, and heaps of praise for Hag-Seed, her modern-day adaptation of Shakespeare’s The Tempest—which The Guardian has included among its best fiction of the year.

The Lavin Agency’s authors are among our most celebrated, worldwide. To hire Teju Cole, Margot Lee Shetterly, David Sax, Margaret Atwood, or another of our sharpest literary minds, reach out to us today, by phone, email, or social media.