In his new TED talk (embedded above), Bassam Tariq speaks passionately about “the beauty and diversity of Muslim life.” Talking about the creative impulse that unifies his various professional pursuits, he argues that it’s crucial for us to create art and institutions that celebrate (and encourage) a nuanced idea of what it means to be a Muslim today.

If we’re talking about complexity, there’s no better advocate than Tariq. He may be a newly minted Lavin speaker and a TED Fellow—but he’s also a filmmaker, a blogger, a halal butcher, an upstart entrepreneur, and an advocate for diversity who doesn’t pull any punches in his assessment of how Western culture deals with diversity. But as he explains in his just-released TED talk, he’s no dilettante:

“All these disparate projects are the result of a restlessness. They are a visceral response to the businesses and curators who work hard to oversimplify my beliefs and my community. The only way to beat their machine is to play by different rules.”

There’s a common thread that runs through all Tariq’s endeavors: his desire to see contemporary Muslim experience represented accurately in a culture that too often tries to oversimplify it, or water it down. As he said in a recent piece for IndieWire on “How to Make a Documentary that Rises Above the ‘Social Issue’ Clichés,” one of the most important things any filmmaker can do when approaching another culture is to “take [their] narrow worldview and throw it away.” For Tariq, making his film These Birds Walk was about trying to rise above stereotypical ideas of what a documentary like his “should” be about, and actually show a side of his subjects’ experience that hadn’t been shown anywhere else onscreen.

After all, as he says in his talk:

“We must unapologetically reclaim our beliefs in every moving image, in every cut of meat, because if we whitewash our stories for the sake of mass appeal, not only will we fail, but we will be trumped by those with more money and more resources to tell our stories.”

It’s a powerful message, and one that’s worth watching.

In keynotes, Tariq talks about social entrepreneurship, overcoming stereotypes, and what it’s like to be a Muslim in America today. To book Bassam Tariq as a speaker for your next event, contact The Lavin Agency speakers bureau. 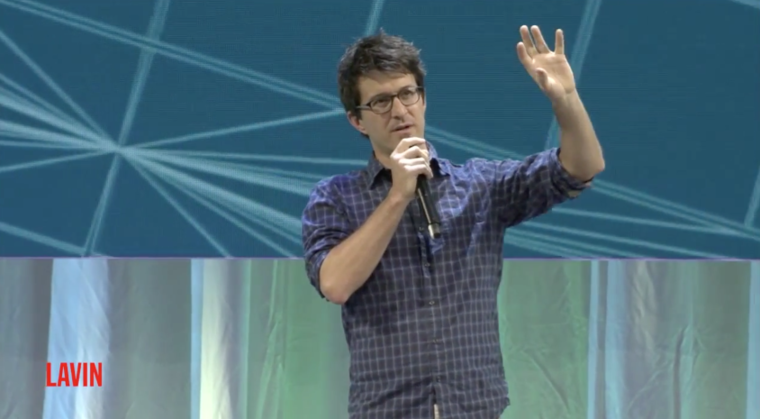