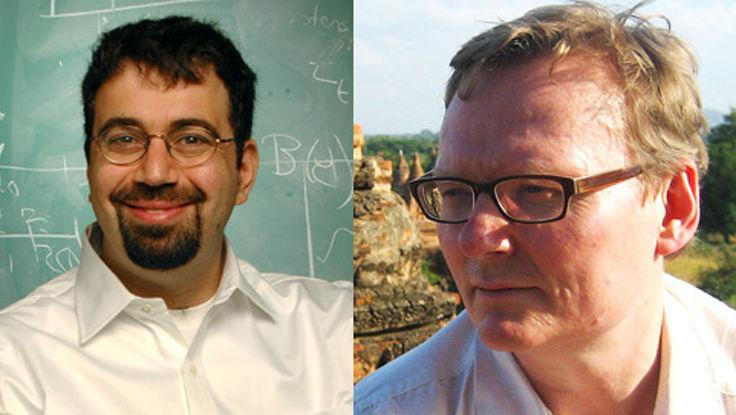 Daron Acemoglu and James Robinson’s bestselling book, Why Nations Fail, takes a hard-hitting look at why some nations prosper and others fall apart. In Foreign Policy recently, these two Lavin speakers offer ten  reasons why certain countries crumble: usually, the collapse is the ultimate outcome of a deeply flawed political institution and an "extractive" economic model, which focuses on harvesting or extracting natural resources for sale or trade, and very little else. In their words, "these institutions are not in place by mistake but on purpose. They're there for the benefit of elites who gain much from the extraction—whether in the form of valuable minerals, forced labor, or protected monopolies—at the expense of society." Corrupt regimes will fail because they are tilted in favor of the upper class; they strip their citizens of opportunity and innovation at every turn—destroying incentives and making it impossible for the economy or the nation to grow.

In Foreign Policy, Acemoglu and Robinson target a specific city for each point they make, to illustrate the immediate reality—and the sad truth—of their findings. But regardless of the city under examination, the goal of the article (and of their work in general) is to not steer us clear of the same mistakes in the future.

Coercion is a surefire way to fail. Yet, until recently, at least in the scope of human history, most economies were based on the coercion of workers—think slavery, serfdom, and other forms of forced labor. In fact, the list of strategies for getting people to do what they don't want to do is as long as the list of societies that relied on them. Forced labor is also responsible for the lack of innovation and technological progress in most of these societies, ranging from ancient Rome to the U.S. South.

New technologies are extremely disruptive. They sweep aside old business models and make existing skills and organizations obsolete. They redistribute not just income and wealth but also political power. This gives elites a big incentive to try to stop the march of progress. Good for them, but not for society.

One must-have for successful economies is an effective centralized state. Without this, there is no hope of providing order, an effective system of laws, mechanisms for resolving disputes, or basic public goods.

Why Nations Fail is a must-read for anyone interested in the economic forces that elevate prosperous nations. Daron Acemoglu and James Robinson’s keynotes build on the book's lessons to offer a unique and intelligent look at what factors separate rich countries from poor ones.