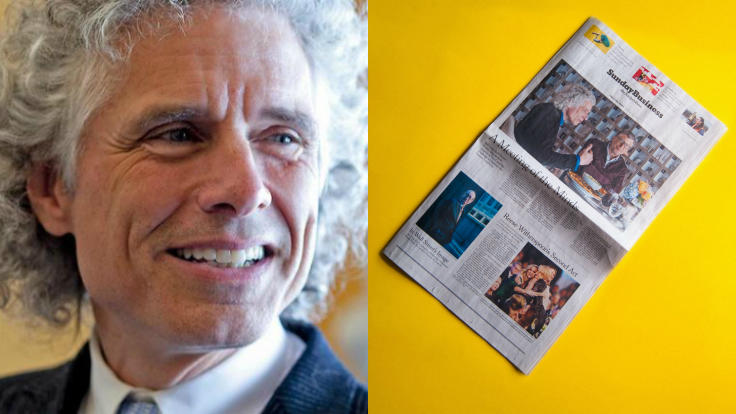 “A Meeting of the Minds”: Steven Pinker and Bill Gates Discuss Human Progress and How the World is Getting Better

In advance of speaker Steven Pinker’s new book, Enlightenment Now, the Harvard professor sat down with Microsoft visionary and philanthropist Bill Gates to discuss the Enlightenment values of reason and science —which Pinker believes are still key to human progress —and why “we have no right to expect perfection.”

Last year, Bill Gates called speaker Steven Pinker’s The Better Angels of Our Nature “the most inspiring book I’ve ever read.” Now, in anticipation of Pinker’s “sequel,” Enlightenment Now, the two friends met for a front page New York Times Sunday Business feature aptly headlined A Meeting of the Minds.  “The world is getting better, even if it doesn't always feel that way,” writes Gates in his review of the book. “I’m glad we have brilliant thinkers like Steven Pinker to help us see the big picture. Enlightenment Now is not only the best book Pinker’s ever written. It’s my new favorite book of all time.” Discussing what motivates them to believe that humanity is improving, Pinker elaborates on the evidence-based argument that shows how just how different contemporary societies are from their predecessors, which he brings as a speaker to his brand new keynote on the subject.

More than providing a congratulatory overview of how far we’ve come as a civilization, Enlightenment Now — and Pinker’s attendant keynote — explores how we can adjust to this fact to ensure further progress. As he tells Gates, “One of the biggest enemies of reason is tribalism. When people subscribe to an ideology, they suck up evidence that supports their preconceptions and filter out evidence that goes against them. Contrary to the belief of most scientists that denial of climate change is an effect of scientific illiteracy, it is not at all correlated with scientific literacy. People who believe in man-made climate change don’t know any more about climate or science than those who deny it. It’s almost perfectly correlated with left-wing versus right-wing orientation. And a move toward greater rationality would unbundle them and let evidence inform what the optimal policies ought to be.”

To learn more about speaker Steven Pinker or to book him for your next event, contact The Lavin Agency today, his exclusive speakers bureau. 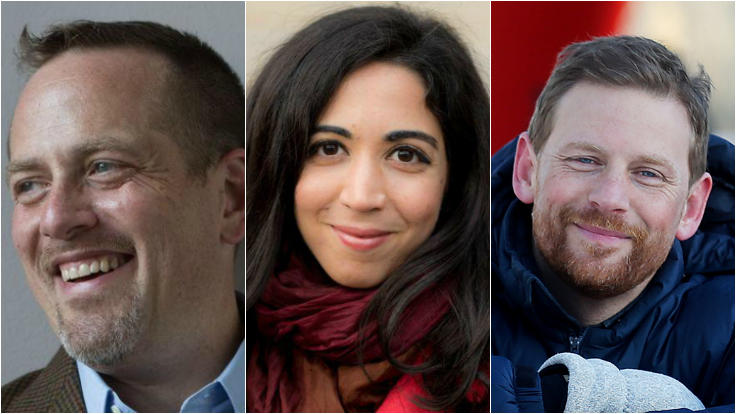