Joseph Anton, the highly anticipated memoir by Salman Rushdie, hits the shelves today. It is the first time Rushdie has directly addressed in print the years he spent underground, forced into hiding by an infamous fatwa following the release of his novel The Satanic Verses. In this exclusive Lavin video from a few years ago, Rushdie describes the plight of authors throughout history—authors whose provocative works and ideas were subjected to intense scrutiny and state censure.

“The question here is not whether literature can survive tyranny but whether writers can,” Rushdie says. “Writers are much more vulnerable than ideas.”

This vulnerability of the writer is something that Rushdie knows about firsthand. In Joseph Anton, Rushdie paints a picture of the harsh opposition he was forced to endure after The Satanic Verses was labeled by some as blasphemous.

“It wasn’t a war of my choosing,” Rushdie told The National Post recently. “Somebody declared war on me.”

It was a “war” that the author waged for years—a war on the written word and freedom of speech that Rushdie continues to fight. Read an excerpt of Joseph Anton at The New Yorker's site.

work | September 16, 2012
A Day In The Life of Dragons' Den Judge Arlene Dickinson 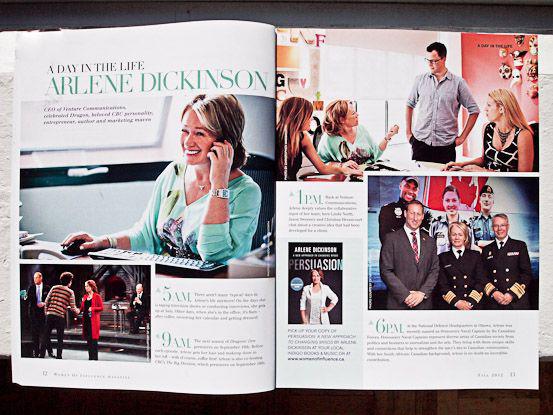