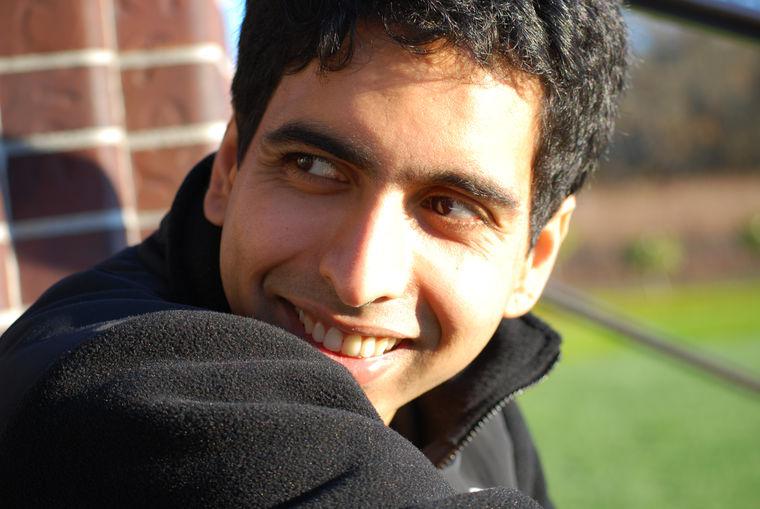 Last month, we were in the audience in Toronto’s TIFF Lightbox building as Salman Khan spoke about his world-famous Khan Academy—a nonprofit that provides free, high-quality education to “anyone, anywhere” through online videos. The Khan Academy is the perfect example of the positive power of media in education: more technology actually means more interaction in the classroom, not less, creating “a more human experience” for students.

The story of how the Khan Academy came to be is peppered with humor and humility—which kept the rapt audience in stitches, even as they were absorbing a revolutionary approach to teaching. While working as a hedge fund analyst, Khan tutored his teenaged cousin in New Orleans from his home in Boston (“You know the Tiger Mom? I called myself the Tiger Cousin”). A friend suggested that YouTube might make the lessons easier for both parties: he could record the tutorial, and it could be watched (repeatedly, if necessary) when his cousin was focused and ready. Khan started making videos in his closet, hand-drawn and narrated with dry wit, encouraging his cousin to enjoy the math equations she struggled with.

Soon, other YouTube users were watching the lessons and urging Khan to make more lessons. In 2009, Khan quit his job and created the Khan Academy. He would slowly go broke, before a nearly-perfect stranger would make a huge donation, $10,000, in a simple text message. “It was a good day,” Khan reflects. When Bill Gates mentioned Khan during a conference in Aspen, he was pleasantly stunned: “What do I do now? Do I call him? I suspect he's not listed...” The audience erupts in laughter.

In an “aha!” moment, Salman Khan realized that the principle flaw in education systems is the emphasis placed on learning within rigid time constraints. How long and when a new concept or theory is taught are the most important factors, not how well it is learned (or taught, for that matter). “If you make 'when' and 'how long' the variables,” Khan told the audience, “you end up with less gaps in learning.” If students are able to learn at their own pace, in fun, interactive ways (through games, and using the peer-review system), they ultimately learn the concepts better—and Khan has proof.

At a public school in Los Altos, California, the Khan Academy is being implemented to much success. The students use a color coded chart to track their progress—which allows their teachers to provide more specialized one-on-one time in what Khan calls “optimized interactions.” More students are surpassing their own GPAs than in previous years, Khan says. His goal is to expand into more schools across the country to “prove it out,” and to create lessons in chemistry, biology and physics among other lessons; right now the Khan Academy focuses primarily on math and English. The goals are reachable, and Khan spoke excitedly about the potential to change, and improve, the education process completely.

Tenacious, confident and quietly comedic, Salman Khan was the perfect closer at the end of a long morning of keynotes. Khan's approach for the Academy is to talk about “difficult concepts in a conversational way,” so you might say that the Khan Academy is Khan himself, personified—and we would have to.