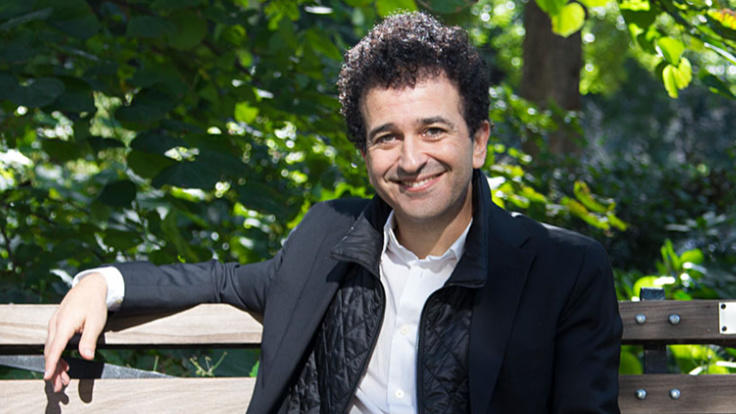 How Can NASA Restore Its Former Glory? Safi Bahcall Investigates for WIRED

As the 50th anniversary of the lunar landing draws near, it’s clear that NASA is in crisis. Lavin Speaker Safi Bahcall makes an impassioned plea for the space agency to “Out-Crazy” Elon Musk in his WIRED Op-Ed.

Biotech entrepreneur and award-winning author Safi Bahcall is the product of two astronomers—his mother, the former chief scientist of NASA’s Space Telescope Science Institute, and his late father, a champion for the Hubble Space Telescope program. With such impressive parentage, it’s no wonder Bahcall considers himself “a friend of NASA,” or why, in advance of the moon landing’s 50th anniversary, he’s penned an op-ed for WIRED titled “NASA Needs to Out-Crazy Elon Musk.” If this sounds like incendiary language, it’s because it is. NASA, Bahcall believes, is under siege by private corporations, academia, and military—industries all salivating for a piece of the space travel pie.

“A holy trifecta of capitalist superheroes—Musk, Branson, Bezos—has inspired the public with dreams of space and adventure the way NASA used to, and now rarely does,” writes Bahcall. As the anniversary approaches, the once-legendary space agency should not bask in its former glory, but consider how they can recapture the excitement of the nation. Bahcall offers two case studies of franchises—Intel and Bell—that were also once threatened by tectonic shifts in the landscape, and how they reclaimed their footing. Unsurprisingly, the answer lies in loonshots: what Bahcall refers to as crazy ideas that need to be nurtured.

Bahcall—quite literally—wrote the book on Loonshots. A Wall Street Journal bestseller lauded by modern-day scholars such as Malcolm Gladwell, Susan Cain, and Dan Pink, Loonshots: How to Nurture the Crazy Ideas That Win Wars, Cure Diseases, and Transform Industries is a fascinating study of human ambition and discovery.

To book Safi Bahcall for your next speaking event, contact The Lavin Agency, his exclusive speakers bureau.