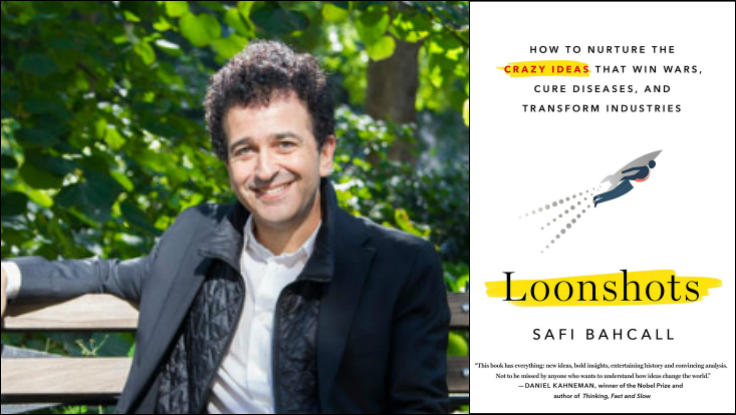 The CEOs of GE, Nokia, and RIM (BlackBerry) all believed they’d made innovation a pillar of their corporate culture, yet all of them ended up rejecting important innovations and costing themselves billions. “Why do good teams, with excellent people and the best intentions, kill great ideas?” Loonshots author Safi Bahcall has developed “The Innovation Equation” to fix that.

Bahcall is a physicist and entrepreneur whose spent his career studying “loonshots”: the wild ideas, widely dismissed as crazy, that end up changing the world. In talks, as in his book, he uses illustrative historical examples and bold analyses to reveal the surprising ways that group behavior stifles radical breakthrough—and how creatives, entrepreneurs, corporations, and visionaries can restructure to nurture it.

Based on the science of phase transition—the sudden change in the collective behavior of the many interacting parts of a system—Bahcall built a model he calls “The Innovation Equation”. “The Innovation Equation” factors the size at which humans go from embracing radical ideas to quashing them, against the specific parameters which affect that number, to reveal the ways that companies and employers can tip the balance in favor of innovation.

He breaks down “The Innovation Equation”—how it works and how to use it—in his fascinating feature for the Harvard Business Review. Read it here.

To book Safi Bahcall for your next event, contact The Lavin Agency.