New Lavin speaker Kimberley Motley is the first and only foreign litigator working in Afghanistan. She spends nine months of the year in that country, defending foreigners, embassies and ambassadors, and women and children in pro bono human rights cases. Her powerful TEDGlobal keynote, embedded above, was named one of the best TED talks of the year.

Motley's nickname is "911": she is, quite literally, an emergency help line. "I first saw her at a party and asked a friend who she was," wrote Tom Freston in a major Vanity Fair profile on Motley last year. "'Oh, that’s 911', the friend said. 'That’s what we call her. If you get arrested in Afghanistan, you just call 911 and she’ll get you out'."

Much of her success is based on her simple yet forcible approach: In countries where much of the law is unwritten, where judges are unable to read or write, and where church and state are still deeply intertwined, the legal system is a complicated and murky one. But if we take the time to read and understand the law, we can often find the solutions we’re looking for. "To the male-dominated Afghan court and prison establishment, she must appear to be someone from outer space," writes Freston. "She acknowledges this but declares that she gets respect. 'I get compliments from judges', [Motley] tells me. 'They say, ‘We’re so proud of you, here in our courts and fighting in our system'. She has proven to be a very effective and tenacious fighter."

Her work on human rights cases has been a cornerstone of her practice in Afghanistan, where she often takes on seemingly hopeless cases involving women and children. "Once established with Western clients, Motley moved on to bigger game," says Freston. "Her inner-city chops prepared her for her next step: taking on the cases of some of the earth’s most powerless inhabitants, Afghan women. Many NGOs have valiantly taken on their cause in the last decade, but no Western woman has actually gone on to litigate for them in the courtroom. Motley did. She would take on desperate cases, often making them high profile by means of clever publicity and social-media tactics. She works these cases pro bono and has not lost a single one."

This work is the focus of her keynotes, and her ultimate message of why we should all pay attention to—and take full advantage of—the rule of law. “We can all be contributors to a global human rights economy,” says Motley. “We can create a culture of transparency and accountability to the laws, and make governments more accountable to us as we are to them.”

To book Kimberley Motley as the keynote speaker for your next event, contact The Lavin Agency.

digital and social media | January 04, 2015
Connecting Everything: Amber MacArthur on the Rise of the Internet of Things 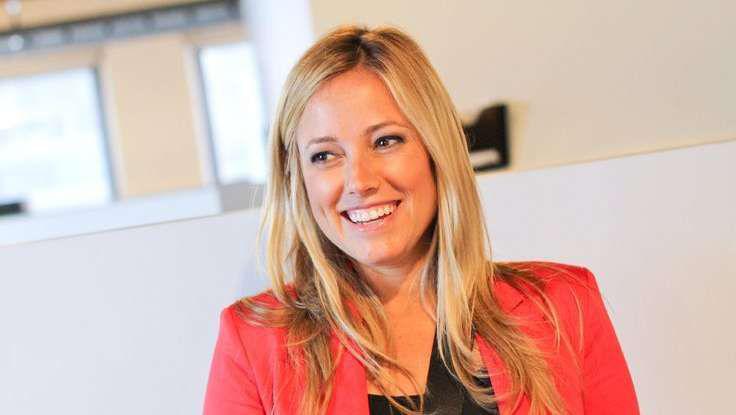