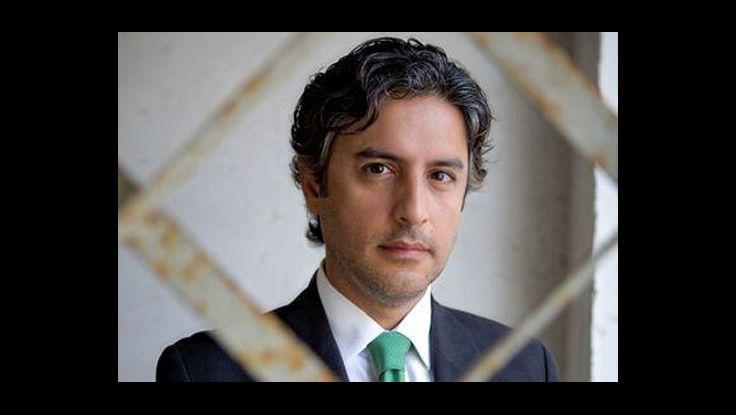 Here’s a guest blog post by Reza Aslan, on the aftermath of Osama Bin Laden’s death. Among the things to consider, as news continues to circulate, is this: Just how relevant is Bin Laden's death in "ending" the "War on Terror" and to the region as a whole? Aslan is an acclaimed Middle East expert, a Colbert Report regular, and a bestselling author of many books, including No god but God—which gets a major re-issue (with substantial revisions) this Fall, to coincide with the ten-year anniversary of 9/11. Aslan will also be on Bill Maher’s Real Time this Friday, May 20th, to discuss the seismic events of the past few weeks.

Here, Reza Aslan answers four key questions that have sprung up in the wake of Osama bin Laden’s death:

Was Osama bin Laden a relevant, popular leader in the Middle East at the time of his killing?

According to poll numbers: not really. In Lebanon, according to a Pew Research Center Global Attitudes Project poll conducted this year, he had a 1 percent support base. In Turkey, his approval rating was at 3 percent, and in countries like Jordan and Egypt, bin Laden only had 13 percent and 22 percent popularity, respectively. Even in Pakistan, where anti-American sentiment is usually high, his popularity is only at 18 percent.

It wasn't always this way. For example, in Jordan, bin Laden's popularity reached a staggering 56 percent in 2003, but al-Qaida's attacks on Muslims had by 2006 begun to deeply alienate the "Arab Street." Indeed, as former Ambassador Marc Ginsberg noted in a HuffingtonPost column yesterday, "15 percent of the 3,010 victims resulting from al-Qaida's attacks between 2004 and 2008 were NON-Muslim."

A Sheik from Anbar Province in Iraq described his reaction to bin Laden's death this way: "All orphans, widows and people who suffered that butcher should be happy now.... The killing of Bin Laden is victory for all humanity, not only for Americans."

How relevant is Bin Laden's death in "ending" the "War on Terror" and to the region as a whole?

Perhaps al-Qaida's most effective branch is in Africa, where the al-Shabab group in Somalia have successfully attacked and killed numerous Africans, including a deadly attack in Uganda last summer. Just last week, al-Qaida organized and planted a bomb in the popular Moroccan café Argana (one of my favorite destinations in the country), killing 16 people. So while it has recently been less of a lethal force, al-Qaida's attacks will most likely continue with or without bin Laden.

Analysts like Shadi Hamid with Brookings Doha Center view bin Laden's death as a minor event in terms of its regional significance. Hamid tweeted yesterday, "Al Qaeda, in recent yrs, morphed from an organization into an idea. And the idea has proven increasingly unattractive to most Arabs."

Others, like popular Arab blogger The Arabist, agree. "But the sentiment Bin Laden evokes today is probably indifference. Bin Laden simply wasn't an important figure in recent years, and was particularly irrelevant to the Arab uprisings." Indeed, the world had not heard from bin Laden in more than six months; he was conspicuously silent about the recent democratic movements in the Arab world.

Al-Qaida had tried on numerous occasions to tie itself in with the Arab uprisings but its words fell on deaf ears. Khalil el-Anani, an expert on al-Qaida, told the Associated Press, "Bin Laden became part of the past, just like the Arab regimes that have been toppled" What a coincidence that the same year Arab authoritarian rulers collapse, bin Laden dies."

Regardless of bin Laden's relevance to the recent Arab uprisings, many believe that his death will fracture an already weak organization. Lawrence Wright, writer of the popular book on al-Qaida, The Looming Tower, says the death of bin Laden is a milestone. "He was important all along. Just the fact that he was able to elude capture or being killed for nearly a decade — or more than a decade, if you go back to the embassy bombings in 1998 when we first went after him — he's been a symbol of resistance and of the failure of American policy to reach out and stop this kind of terror. It emboldened other imitators all around the globe. So getting bin Laden is immeasurably important."


Who's the next leader for al-Qaida?

Ayman Al-Zawahiri, bin Laden's deputy and al-Qaida's No. 2 operative, seems to be the most logical choice. Many, however, see Zawahiri as a fractional leader in comparison. Indeed, Zawahiri is not known to be the best communicator and has not been particularly impressive at organizing and leading movements.

Richard Barrett, who heads a U.N. Security Council team that monitors al-Qaida and the Taliban, told The New York Times, "Bin Laden represented a movement; he was almost mythic in his appearances and what he said — Zawahiri cannot equal that."

Peter Bergen, a terrorism expert for CNN, agrees. "There's no one who can replace him. When you join al Qaeda you pledge a personal oath of allegiance [to bin Laden]."

Some, like Lawrence Wright, have floated the possibility that Anwar Al-Awlaki, an American-born Yemeni cleric and head of al-Qaida in the Arabian Peninsula, could take the lead of the organization. Awlaki famously inspired both the Fort Hood shooter and the "Underwear Bomber" aboard an American flight.

Terrorism expert and Georgetown University professor Bruce Hoffman agrees with Wrightabout Awlaki's potential. "Terrorists depend on the young people to radicalize and recruit," he said. "And Awlaki speaks to them."

Bergen, however, disagrees. "[He] is not a major hero to the global jihadi movement who fought the Soviets and U.S. for two decades [like bin Laden]."

Probably. Al-Qaida's relevance in the past five years rested in its ability to inspire offshoot groups that could act independently in their own countries. Al-Shabbab in Somalia, for example, has, in recent years, carried out merciless attacks in a number of African countries. Al-Awlaki's franchise is still a deadly force to be reckoned with.

Still, given the power vacuum bin Laden's death causes, these offshoots could begin vying with each other for dominance at a time in which the prestige of the entire organization is fading fast. It is conceivable that, in another decade, the organization known as al-Qaida will be a thing of the past. Terrorism will continue, no doubt. But al-Qaida itself could become a fading memory.

No one would be happier about that than Muslim and Middle Eastern Americans. With anti-Muslim sentiments at an all-time high in America, this news of bin Laden's death has been a relief to many in the American-Muslim community. A Muslim man in Dearborn, Michigan, a city that many American-Muslims inhabit, said today, "It's the best thing that has happened" Everyone is celebrating."