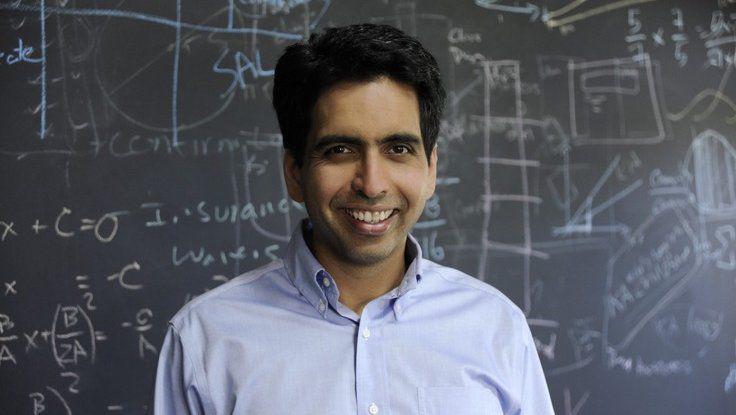 This week, in “The Tech Elite’s Quest to Reinvent School in Its Own Image,” WIRED writes an in-depth profile of the colorful, optimistic, and tech-friendly world of Khan Lab School. That’s Salman Khan’s “educational R&D lab in Mountain View” that “eschews most of the traditional trappings of US education.” After founding the transformative Khan Academy and writing The One World Schoolhouse, Khan decided to test his ideas in a real alternative classroom that would serve as a model for schools around the world. As WIRED reports:

Khan suggested that the digital revolution might finally enable a new model of education, more flexible, inspiring, and affordable than the current system. He proposed a school in which kids work at their own pace, picking up core skills via software like Khan Academy, with teachers tracking their progress and helping out as needed. Most of the day would be spent on creative projects, with kids working together across age groups. And the whole place would be suffused with a spirit of experimentation, with teachers testing out new ideas and collecting data to measure their efficacy.


To give you a better picture, think of kids checking out iPads along with books. Collaborating across languages using Google Translate, Trello, and Slack. Practicing mindfulness and ultimate Frisbee. Building with Lego, offering character-building shout-outs to peers, and cultivating a school garden.

“It’s an engineering mentality,” Khan tells WIRED. “You start with a solid baseline, but then you’re always willing to observe, measure, and iterate, and through those improvements you come up with something amazing. It worked for the car industry, computers, software. Can we do that with the school?”

“Sal Khan is a true education pioneer,” Bill Gates, co-founder of Microsoft, told TIME magazine. “He started by posting a math lesson, but his impact on education might truly be incalculable.” In his book and his highly requested keynote speeches, Khan shares his vision on the future of education. If you are interested in how he is revolutionizing the learning process, book Salman Khan as a speaker by contacting The Lavin Agency.