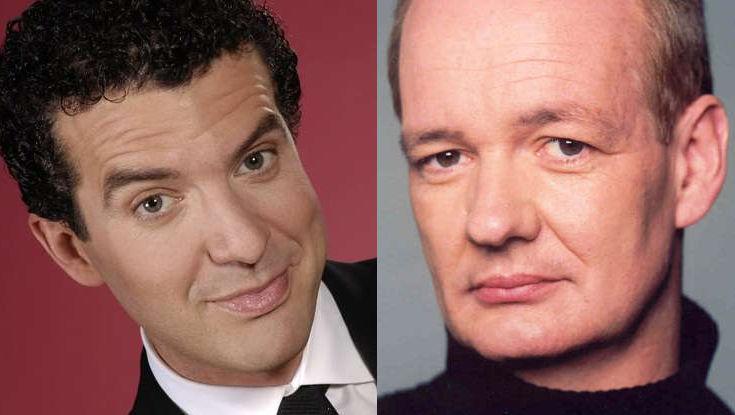 Ranting About Our Nation: Lavin's Celebrity Speakers Get Patriotic

Colin Mochrie and Rick Mercer believe that Canada is A Nation Worth Ranting About. The two celebrity speakers stopped in to CBC's George Stroumboulopoulos Tonight on Sept. 18 to give their takes on national issues and popular cultural icons—in the irreverently intelligent demeanour they're both known for.

Before heading to an exclusive, one night only talk he hosted later that evening, Mercer discussed hitting his tenth year on the air as the host of popular CBC show The Rick Mercer Report and the inspiration behind his newly released book, A Nation Worth Ranting About. His newest work (which follows his two national best sellers, Streeters and RMR:The Book) is a collection of the commentaries he has given on his show combined with essays on some of the subject matter that still gets him fired up, even after delivering his rants for over two decades.

"Ranting is still my cardio," he said. "That's how I stay alive."

His rants run the gamut from the humorously absurd to the poignantly serious, but irresponsible political action is certainly high on Mercer's list of agitators.

"What scares me," he said candidly, "is a politician who will look into the camera and lie with impunity and know they're getting away with it."

On a lighter, but equally entertaining note, Colin Mochrie closed off the show as a participant in a short panel discussion. He served up witty, impromptu, quips about everything from Conrad Black to the Toronto Maple Leafs. The star of Whose Line Is It, Anyway, will also be making a foray into literature this year, with his new book, Not Quite The Classics, coming out in late 2012.