“How do you come into contact with those unlike yourself, which is required in a democracy?” Sarah Lewis—Harvard professor, best-selling author, and winner of the International Center of Photography’s Infinity Award—argues that it has to do with the images we see and make.  In a beautiful new short film highlighting the creative impulses behind her Aperture issue, “Vision & Justice,” Lewis answers the question. The issue draws partly on Frederick Douglass’s premise that a photograph has “the power to create a thought picture that imagines a new vision of the world.”

Recognizing the accomplishment of her editorial ingenuity, the film explores Lewis’s seamless integration of work by poets, filmmakers, and photographers like Carrie Mae Weems, Jamel Shabazz, LaToya Ruby Frazier and Deborah Willis. The award and accompanying film, which were presented last week at a ceremony in New York City, “pays homage to a seminal work in the history of American photography, one that recognizes ‘photography as a project of American citizenship.’” Or, as Lewis puts it so aptly, “a pattern of insistent humanity, insistent dignity.”

To find out more about Sarah Lewis, contact the Lavin Agency today. 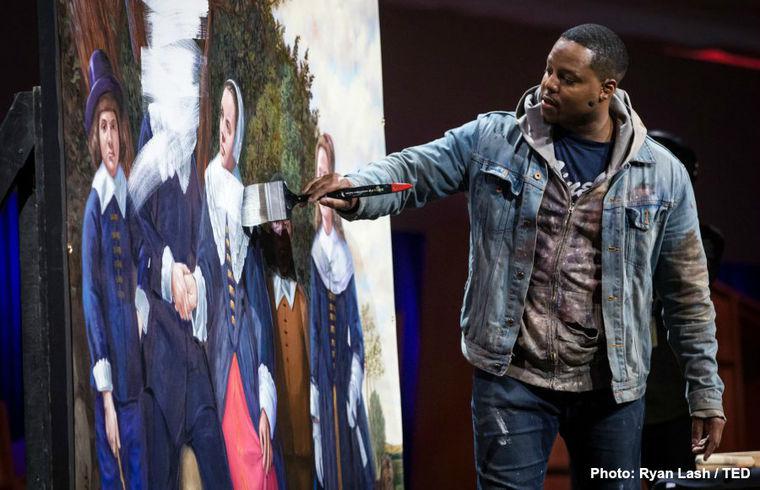