Lavin speaker Patti Smith, as I’m sure you’ve heard, won the 2010 National Book Award for Non-Fiction in November. In her acceptance speech, Patti implored us to not give up on the book as a physical object: “There is nothing in our material world more beautiful.” Patti won for Just Kids, a memoir of her adventures as a struggling artist in New York City during the 1960s and ’70s. It’s a truly engrossing read. More than any other book of its kind, Just Kids offers a fantastically vivid view into what it means to be young, poor, ambitious, and ready to change the world through your art. Patti’s memoir is a love poem to a great city and a long-lost milieu. But its true subject is her great friendship with the photographer Robert Mapplethorpe, who, along with Smith herself, is one of the definitive New York-based artists of our generation.

Less than a year old, and now out in paperback, Just Kids is one of those books I increasingly see toted around by college kids on park benches, in coffee shops, and at dive bars. (And the copies are always heavily dog-earred; a sure sign of a book’s greatness! “There is nothing in our material world more beautiful”!) Here’s an excerpt from a recent and glowing Maureen Dowd op-ed in the Times. It’s an appreciation of Smith’s memoir that nails, quite nicely, the book’s cool mystique and universal appeal:

For anyone who has had a relationship where the puzzle pieces seem perfect but don’t fit — so, all of us — “Just Kids” is achingly beautiful. It’s “La Bohème” at the Chelsea Hotel; a mix, she writes, of “Funny Face” and “Faust,” two hungry artists figuring out whom to love, how to make art and when to part. It unfolds in that romantic time before we were swallowed by Facebook, flat screens, texts, tweets and Starbucks; when people still talked all night and listened to jukeboxes and LPs and read actual books and drank black coffee. 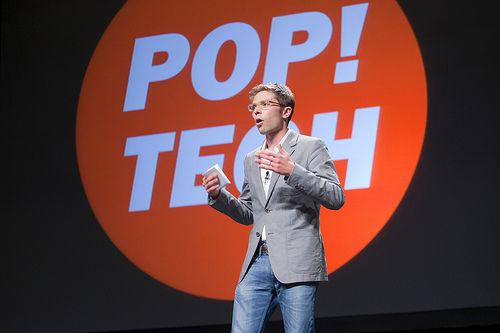