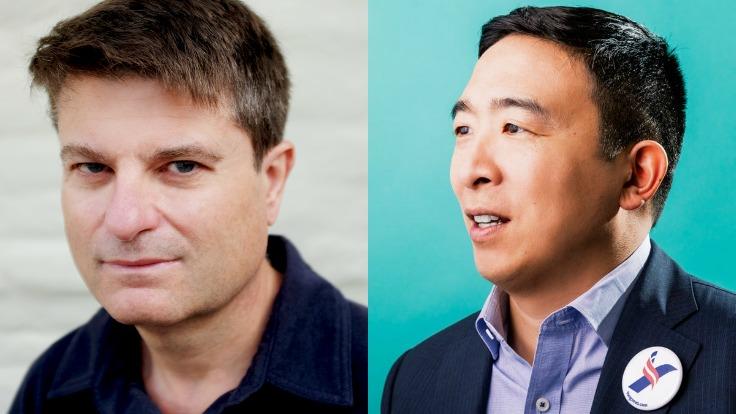 In a new op-ed, Martin Ford—acclaimed author of two books on the impact of AI on the labour market—explains why AI-driven automation should be a top-of-mind issue in the upcoming election, and why Andrew Yang is the only candidate willing to speak out about it.

“The Democratic Party’s agenda increasingly is being shaped by the ‘Social Justice Left.’ If you count yourself among this movement, you should know that AI-driven automation is not a fringe issue, nor can it be dismissed as a ‘tech bro’ concern. Rather, it is poised to amplify the types of inequality that you care most about,” writes Martin Ford, bestselling author of Rise of the Robots, in a new op-ed for The Hill. He cites a recent McKinsey study which found that automation will disproportionately impact African Americans, likely worsening the racial income and wealth gaps. “The fact is that virtually everything Democrats care about—inequality, health care, poverty, the environment, education, the prosperity of the middle class—will be deeply influenced by relentless advances in artificial intelligence.”

In Ford’s view, Yang is the only candidate willing to speak honestly about this forthcoming issue. With no previous political experience or big-name recognition, Yang’s candidacy was initially given little attention. Yet his platform has ballooned rapidly, advancing beyond many seasoned governors and senators in terms of fundraising, polling, and qualifying for the debates. Yang’s concern for the future is resonating with voters, regardless of how seriously the media has taken his campaign, and “his warnings about the impact of AI and automation should be taken seriously.”

To book speaker Martin Ford for your next speaking engagement, contact The Lavin Agency and speak with a skilled sales agent.