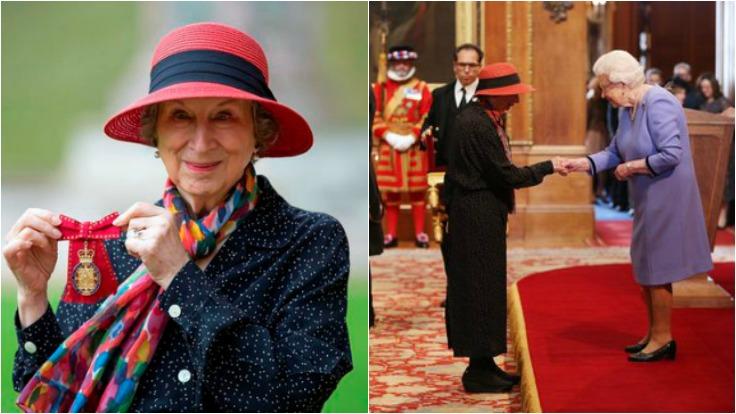 Fresh off her Booker Prize win, prolific Canadian author Margaret Atwood received another honor recently—and an incredible career first: it was presented to her by none other than Queen Elizabeth.

As of late October 2019, Atwood is now one of the select few people granted the Companion of Honor award—given for achievements in the arts, literature, science and politics—and only the third Canadian, as it is typically given to British citizens. The royal investiture service occurred at Windsor Castle, where literary royal Atwood met literal Royal, Queen Elizabeth.

“I got a bit emotional,” Atwood said of the encounter. “You’re really looking at a lot of history and I’m old enough to remember a lot of that history. Short form, she was brilliant in the war.”

Atwood has written more than 40 books of fiction, essays and poetry. She rocketed to international attention with 1985’s The Handmaid’s Tale—now a widely popular Hulu series—and since then, has consistently met with accolades and adoration for her oft prophetic prose and sharp eye for exposing some of the darker truths about human nature.

Perhaps it’s her odd prescience, in addition to her incredible stories, that has kept her in the spotlight all these years. After the Companion of Honor ceremony, the 79-year-old remarked, “At my age, it’s not the usual thing. Usually at my age you sort of fade away, and that doesn’t seem to be happening yet.”

And with her most recent novel, The Testaments (sequel to The Handmaid’s Tale) breaking sales records right out of the gate and garnering Atwood her second Booker Prize, her indominable presence on the literary scene won’t be fading away anytime soon.

neuroscience | October 25, 2019
How Do We Experience Awe? Beau Lotto Explains his Study on Cirque du Soleil for the TED Stage 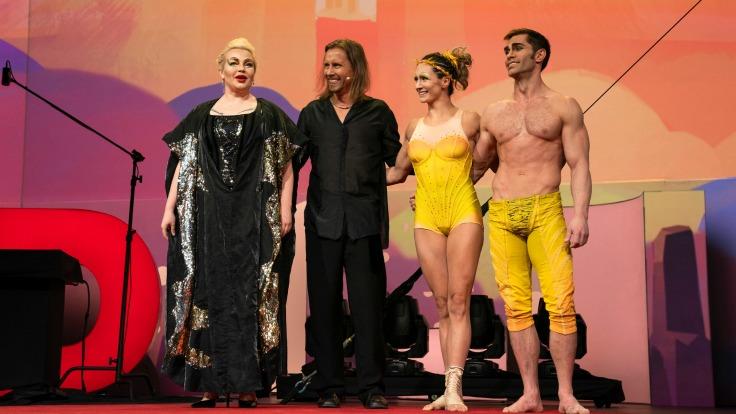