“OKCupid discovered earlier than most what data could tell us,” writes the website FiveThirtyEight in a lengthy profile of big data speaker—and OKCupid cofounder—Christian Rudder, who released his first book, Dataclysm, to great acclaim earlier this month. “By assembling users’ clicks and keystrokes into one place and spending hours inside Excel,” FiveThirtyEight writes, “Rudder had found a way to articulate our humanity.” From our attitudes on race, relationships, sex, and all sorts of other human behavior, Dataclysm reveals, as its subtitle promises, “Who We Are (When We Think No One's Looking)." The profile also follows Rudder, a man of “self-effacing charisma,” to a recent keynote: "The crowd lost it—groans, hoots, hollers, total, uproarious laughter. It was enough to make me wonder why Louis CK doesn’t use Excel charts in his stand-up." Watch a video of Rudder in action, embedded above.

Elsewhere, the story reveals the trajectory of OKCupid, from its founding early in the millennium, through its struggles to stay afloat, to the breakthrough moment when, just months from running out of money, Rudder revitalized the site by launching the OKTrends blog, which, in a prescient move, used stats from the site to give us a look into human behavior, and which provided “raw, shareable content before Buzzfeed or Upworthy had figured out the social web.” The post was a hit, drawing over a million views to date. The fortunes of OKCupid quickly turned around. “Rudder and OKTrends showed that Big Data had more to offer,” FiveThirtyEight writes. “With every decision we make online we leave a trace about our intentions, conscious or otherwise. When all those traces are gathered together into one central space, they form a reservoir of knowledge about who we are.”

Rounding out the profile is a look at Rudder's unconventional life so far: he also plays guitar in beloved indie band Bishop Allen, and, improbably, starred in the seminal mumblecore movie Funny Ha Ha. But it's his work with data that dominates: “In the age of Big Data, the empirical has deciphered the intimate. And Rudder’s the one holding the cipher.”

To book Christian Rudder as a speaker for your next event, contact The Lavin Agency. 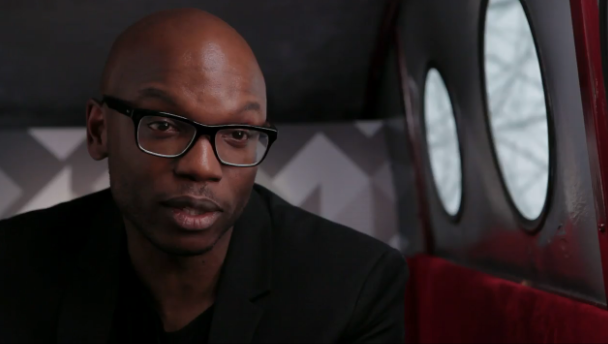