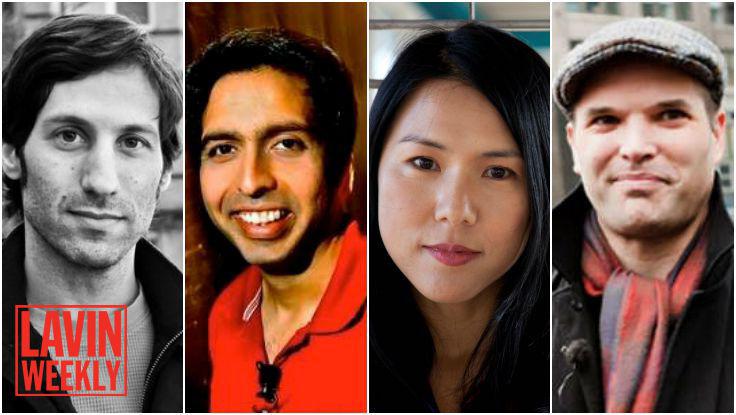 In “The Myth of the Larger-Than-Life Leader,” David Zweig makes another case for the quieter, more humble cast of professionals in any organization who nevertheless achieve fantastic results. In his book Invisibles, Zweig profiles extremely accomplished individuals—leaders, managers, people in authority—who stay out of the limelight: hardworking folk who often get overlooked for the flashier, Type-A personalities our business culture tends to lionize. In this piece, Zweig touches on observations from thinkers who draw a similar inference about what teamwork and leadership often looks like. “It’s this personal humility that so often gets overlooked as a critical trait for great leaders,” he writes. “While there are plenty of extroverts who are also self-effacing, more commonly we are told to associate leadership with a big, blustery personality of someone who leads with a capital L. In reality, however, many of our best leaders view themselves as part of a team and are master collaborators. And it’s this very attitude that not only serves them well in their positions but also helped them advance there.”

2. Kids Go Behind-the-Scenes with Khan Academy’s Pixar in a Box

Sal Khan’s Khan Academy—the nonprofit dedicated to providing free, world-class education to people around the world—has launched ‘Pixar in a Box’: a new online resource for middle- and high-school students that demonstrates the link between key academic concepts and big budget animation. Tony DeRose, Senior Scientist at Pixar, claims that “many students start to lose interest in academics in middle and high school, partly because they don’t see how academic concepts relate to things they care about. Pixar in a Box aims to address this disconnect by showing how Pixar filmmakers use these concepts for creative benefit in their everyday work.” The resource will first demonstrate how parabolas, weighted averages, trigonometry, and other mathematics are essential for high-tech moviemaking, but will soon move on to science, art, humanities, and other subjects. To Khan, author of The One World Schoolhouse and a pioneering educator, “Pixar in a Box gives students a new way to engage with key academic concepts and see how creative these concepts can be.”

The Sydney Morning Herald ran a story yesterday on daring journalist Suki Kim, who spent six months posing as an English teacher in one of the world’s most mysterious and troubling nations, North Korea. Her findings were compiled, movingly, in Without You, There Is No Us, “a beautifully written book that greatly expands the limited bounds of what we know about North Korea’s ruling class” (Barbara Demick). In the Herald article, which advertises Kim’s appearance at the much-anticipated Sydney Festival of Dangerous Ideas, Lee tries to counter the western impulse to mock or ridicule the nation (as in the American film The Interview [2014]), rather than see it for what it is. “What frustrates me is that the country is often portrayed in this very shallow light,” Kim says. “It gets turned into a joke very casually because of the weird factor. It is the world’s most brutal nation. It is not some kind of joke. It is shocking to me that people make light of it.”

The Divide author Matt Taibbi continues his Rolling Stone coverage of American politics—and the GOP in particular—with “Donald Trump Just Stopped Being Funny.” Taibbi’s written arguably the most quotable, scathing, and illuminating reportage on Trump so far, with “Republican Assault on Trump May Only Make Him Stronger” and “Inside the GOP Clown Car” serving as prime examples. In his latest article, the journalist looks at a recent racially-motivated beating by two Trump enthusiasts, and ‘The Donald’s’ callous characterization of them as merely “passionate.” To Taibbi, this was the key moment when Trump “officially stopped being funny,” proving Trump can “do plenty of damage just by encouraging people to be as uninhibited in their stupidity as he is.” Taibbi asserts that the entire carnival of illogical thinking and rhetoric means “the political right in America has been flirting with dangerous ideas for a while now, particularly on issues involving immigrants and minorities.” Though “it was brilliant theater for a while … the ugliness factor has gotten out of control.” 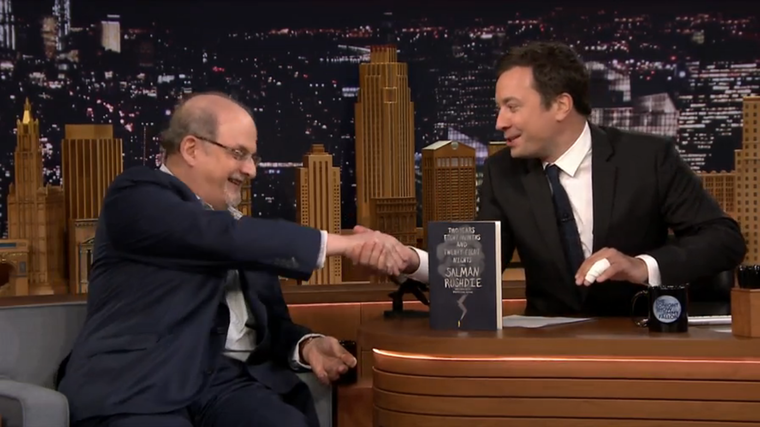