There’s now a fascinating excerpt of Scott Barry Kaufman’s new book Wired to Create: Unraveling the Mysteries of the Creative Mind online at Scientific American. Drawing from a range of examples from popular culture, cutting-edge research, and the world of art and literature, Kaufman demonstrates a crucial link between having an open mind and creativity. As he argues, “openness to experience—the drive for cognitive exploration of one’s inner and outer worlds—is the single strongest and most consistent personality trait that predicts creative achievement.” In fact, among all major personality traits, “openness to experience is absolutely essential to creativity. Those who are high in openness tend to be imaginative, curious, perceptive, creative, artistic, thoughtful and intellectual. They are driven to explore their own inner worlds of ideas, emotions, sensations, and fantasies and, outwardly, to constantly seek out and attempt to make meaning of new information in their environment.” So the next time you’re looking for someone to truly take charge—with the most creative, innovative ideas—look for those people most eager to dive into new experiences, and explore the unfamiliar!

2. When a Tinder Phase Becomes a Tinder Life: Esther Perel in Cosmopolitan

According to relationship expert Esther Perel, FOMO—or Fear of Missing Out—might be damaging your love life. In a recent article in Cosmopolitan, Perel argues that the increasing ease and availability provided by online dating apps like Tinder mean that twentysomethings (and older people) are sabotaging their own chance at finding meaningful, loving relationships. “The paradox of choice is one of the most crippling psychological things these days,” Perel says. Basically, many of us are overwhelmed with choice—we don’t want to settle with such an abundance of new and exciting opportunities. But, as Perel claims, we need to remember that “There is no ideal person who is so fantastic that they’re going to make you stop looking left and right.” For insights into the world of dating—and relevant takeaways for all relationships, both personal and professional—Esther Perel is one of our most trusted and provocative speakers.

3. Running for Deeper Meaning: Adam Alter in The New Yorker

Author and NYU marketing professor Adam Alter has an article in The New Yorker called “The Spiritual Life of the Long-Distance Runner.” It’s a close look at the phenomenon known as ultramarathon running—and “the world’s longest certified footrace,” the Sri Chinmoy Self-Transcendence 3,100 Mile Race, in particular. At first blush, this might seem to be a divergent topic for Alter, who’s known for his work on analyzing how consumers think and products and experiences become irresistible. But it’s really an article about psychological motivations—the extrinsic type (worldly success) and the intrinsic kind (spiritual flourishing). By analyzing what motivates people to push through the incredibly painful (yet transcendent) experience of running 3,100 miles, Alter at once differentiates between present-focused happiness and our search for deeper meaning, as well as how different people have differing requirements for emotional stimuli. And understanding what drives people to make crucial choices is Alter’s particular expertise—in his bestselling Drunk Tank Pink and beyond.

Nobu Adilman and Daveed Goldman of Choir! Choir! Choir! have been nominated as CBC News’ Torontonian of the Year. As CBC reports, the founding duo hit the Metro Morning studio with 30 members of their popular Toronto group choir for a performance of Simon and Garfunkle’s “America.” While performing is the primary feature of the ensemble, they’ve grown to become so much more: “the group is a cross-section of the city that comes out to the choir events to connect with each other.” With their current fundraising initiative to bring Syrian families to Canada, and their ongoing efforts to create safe spaces and community spirit, they’ve certainly got our vote for top Torontonians! 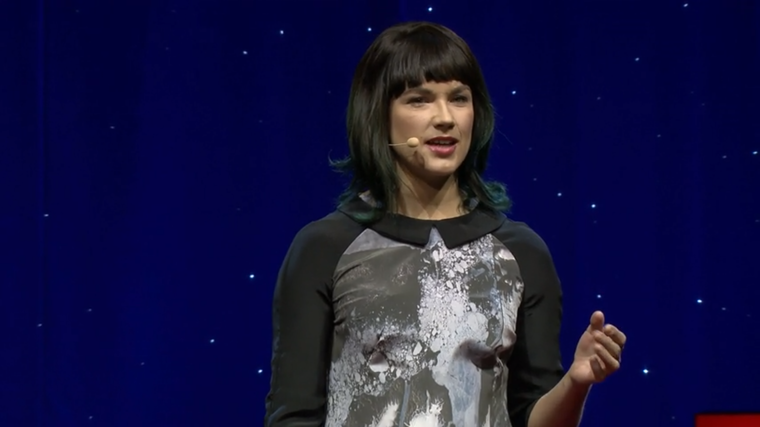