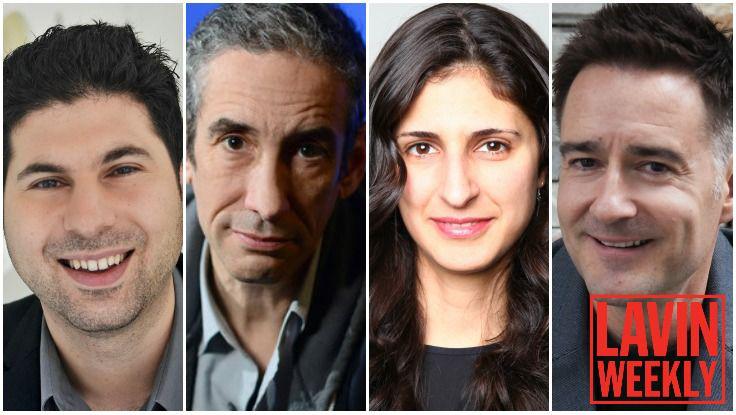 Theories of intelligence sometimes diverge between fixed and growth mindsets (i.e., our basic intelligence is fixed, or it can developed). In a new post for Scientific American, Scott Barry Kaufman outlines the theory that fostering a growth mindset can boost grades and close academic gaps. But Kaufman takes this theory and expands upon it, calling it “far too simplistic.” Instead, we should be embracing a “personal growth mindset”—a trajectory that allows for “unique passions and inclinations, and cultivating that through engagement in personally meaningful projects.” We’ve placed too much emphasis on standardized scores and short-term happiness; real well-being involves personal growth and actualization, in line with what the Greeks called Eudaimonia. “This shift from an academic growth mindset to a personal growth mindset offers the opportunity for schools to cultivate the whole person, not just the intelligence,” Kaufman writes. “Not just in school, but in life, one of the most important things we can all cultivate for optimal well-being and success is a personal growth mindset.” If these concepts fascinate, then watch for Kaufman’s new book: Wired to Create, which hits stores December 29.

2. Truth and Lies in the Digital Drift: Douglas Rushkoff on Politics, Trump, and Media Savvy

This week, media theorist Douglas Rushkoff wrote two excellent pieces on the nature of lies, misinformation, and dangerous opinions circulating in the American political arena. For Digital Trends, he argues that Trump may be the first “digigenic” presidential candidate. While not an endorsement or even rebuttal of Trump’s vitriol, Rushkoff explains his popularity through those media-ready sound bites. “His is not the radio voice of revolutionary passion nor the TV face of realistic resolve,” he writes, “but the Internet-friendly, pre-deconstructed string of shocking comments. Zingers, memes, gaffes, and un-facts, all receding into the same meaninglessness of yesterday’s news—no matter their degree of truthiness.” And for CNN, Rushkoff weighs in on the question of “Why Do Politicians Get Away with Lying?” with a number of other theorists. His answer? Our digital platforms. “A purported fact will spread more for its ability to inflame than its relation to the truth. On the Internet, information streams can be isolated, almost meaninglessly decontextualized triggers—or, worse, as elements in a feed algorithmically configured by a social media platform to keep users clicking and spreading … It’s a disorganized, impulsive and unconscious set of connections we draw—and the perfect palette for those depending on the darker side of human nature for traction and their personal gain.”

3. Nina Tandon Gets Due Recognition for Growing and Mending Bones

Big news—Nina Tandon has been named one of Foreign Policy’s 100 Leading Global Thinkers. Specifically, she’s among eleven key innovators, who together form “a snapshot of the leaps forward technology took in 2015—and of the good this progress can do for global health, human rights, security, and more.” Tandon is the co-founder and CEO of EpiBone: a research company that’s literally growing bones. Her breakthroughs will mean less invasive surgeries, less pain, and thrilling progress in bio-engineering and human health (much of which is captured in her co-authored book, Super Cells: Building with Biology, called a “tour of the new biological frontier”). Backing up some major accolades from Fast Company, Crain, and the World Economic Forum, Tandon’s EpiBone will be starting clinical trials within a couple of years. As Foreign Policy writes, “she’s revolutionizing the profession.”

4. A Culture of Vulnerability: Trickle-Down Risk-Taking with Brian Scudamore

In “The One Secret Superpower Most CEOs Lack,” Brian Scudamore has written a short but persuasive warning to business leaders looking to build powerful companies. Rather than embrace a hard-edged, success-at-all-costs mentality (the “You’re fired!” rhetoric of a Donald Trump, say), real leaders do three core things: they show vulnerability, admit mistakes, and reassure colleagues that error and risk are a healthy part of any business. These are the strategies Scudamore has used to build his own O2E home service brands—including 1-800-GOT-JUNK?—into some of North America’s most successful, and most recognizable. Here he outlines a few specific instances of this trickle-down empathy. Most notable are perhaps his insistence on a daily “7-minute high-energy huddle” for all employees, or the use of a “Willing to Fail” (or WTF) room—a place where outrageous ideas are not only encouraged, but the norm. “When a WTF spirit starts at the top and spreads throughout an organization,” he writes, “employees will spur growth in unexpected ways.”

To hire Scott Barry Kaufman, Douglas Rushkoff, Nina Tandon, or Brian Scudamore as the keynote speaker of your next event, contact The Lavin Agency speakers bureau.