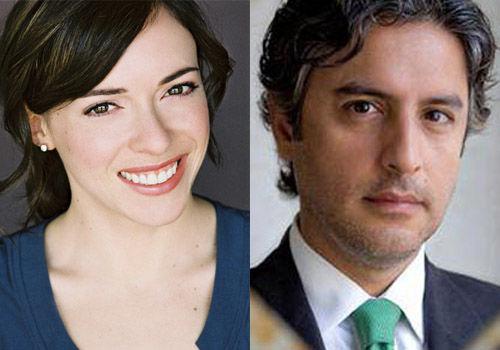 Lavin speakers Reza Aslan and Jessica Jackley recently delivered a joint keynote at Georgia Southern University on the social web's remarkable ability to build communities and incite social change. Jackley is the co-founder of KIVA, the world’s largest microlending website. Aslan is the founder of Aslan Media, which is altering perceptions of the Arab world through traditional and online entertainment.

Aslan has traced the impact of social media in the Middle East, from the 2009 Iran uprisings to the ongoing Arab Spring—a movement noted for its use of social media as a real-time news disseminator. Far from simple news gathering, though, social media has helped change the concept of community. “People we now consider as part of our community could be thousands of miles away from us,” Aslan said, “but because we share the same values, they are as much a part of our community as those in close proximity.”

The concept of web-based community is one of the principles of Jackley's KIVA, which stresses the power of one-to-one relationships over bureaucratic lending models. “This enables the people who truly believe in your business to help you out so you can get started,” Jackley said.

From new business models to political change, social media has irrevocably changed the world. "With social media there can be no dictatorship,” Aslan said. “No authoritarianism can survive anymore. Social media allows us to be so connected that no one person can rule it all.” Jackley added, however, that a globally connected population will not achieve anything unless people truly commit themselves to changing their world for the better:

Students always ask us ‘What can we do to help?’ And the thing is we can’t really answer that for you. So you have to speak for yourself. Knowing yourself, knowing your values and knowing what you want to have happen will put you in the right direction to change the world. But it’s not just speaking for yourself, it’s speaking for the truth and remembering that we have such an incredible potential to do amazing things.

An audience member, writing at the blog Who Will You Be, had this to say:

I am so grateful that these two amazingly accomplished and inspiring individuals were able to come speak to us. It truly makes me think a lot about how we can have a HUGE impact on our own communities, just by being brave enough to stand up and make a difference.