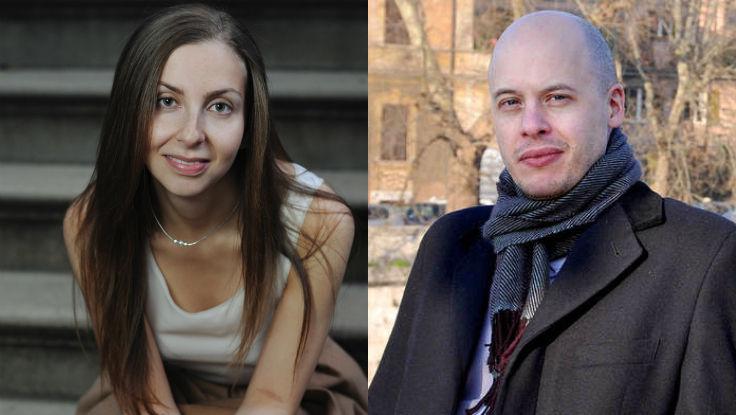 Is Creativity in the Genes? Maria Konnikova Talks to Twins Austin and Lev Grossman

In The Atlantic, Maria Konnikova interviews twin brothers Austin and Lev Grossman—two novelists whose parents were writers—wondering “how much of our creative ability is genetically determined, and how much is just a matter of happenstance?”

New Yorker contributor and psychologist Konnikova’s work often explores the human mind in  creative contexts, for instance, wondering “Where Do Eureka Moments Come From?”, and conversely, why are we so good at procrastinating?

What emerges in Konnikova’s spry interview—which features as much exchange between the quick-thinking brothers as you’d imagine—isn’t discernibly in favour of nature over nurture. Instead, the conversation suggests that creativity, in this case, writing novels, is a means and not an end; a way of investigating questions that shared DNA might, in the case of the Grossmans, provide.

Lev—TIME Magazine critic, Lavin speaker, and author of the freshly concluded Magicians Trilogy—believes that he and Austin’s writing comes out of their family through their mutual interest and exploration of fantasy. “Our books are fantasies of power...a way of imagining being powerful in the way our parents were,” he explains. It’s compelling to note that within the same strain of creativity, the two brothers approach writing from mirrored perspectives. “You think of bringing genre tropes into literary fiction,” proposes Lev. “I think of bringing literary tropes into genre fiction.”

Konnikova’s interview with the Grossman brothers is as much a query into the genetic roots of creativity as it is a study of writing, and a common need to find magic in the world. On the subject of magic, the final volume of Lev’s trilogy was released last week to a rapturous review by Sarah Lyall in The New York Times. “You feel that breathless, stay-up-all-night, thrumming excitement that you, too, experienced as a child, and that you felt all over again when you first opened up The Magicians and fell headlong into Mr. Grossman’s world,” says Lyall.

In her talks, Maria Konnikova looks to the genius of Sherlock Holmes to improve contemporary methods of thinking; Lev Grossman speaks on subjects as diverse as fantasy fiction, social media, and the past, present, and future of reading. To book Maria Konnikova or Lev Grossman for a speaking engagement, contact The Lavin Agency.