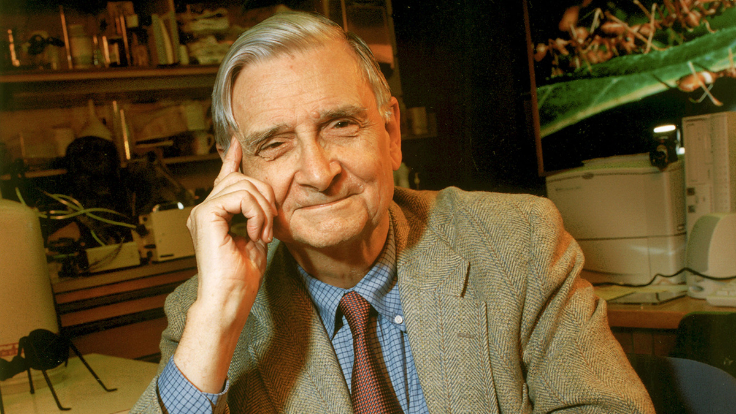 Upon hearing of the passing of immensely influential biologist Edward O. Wilson, Lavin joins the multitude of world leaders, prominent scientists, and distinguished environmentalists in recognizing his abundant contributions to the study of the natural world.

“A wonderful friend and client for over 30 years,” writes our founder and CEO David Lavin, “Ed was a treasure in every sense of the word. The world has lost a unique soul.”

A two-time winner of the Pulitzer Prize, beloved Harvard professor, author of over 30 books, and one of the world’s leading authorities on natural history and conservation, Edward leaves behind a profound legacy of inspiring others to care for the natural world as he did. His significant scientific contributions made him a visionary on multiple fronts, from the study of biological diversity and entomology, to the evolution of behavior and the discovery of hundreds of new species—leading to his citation as Charles Darwin’s greatest 20th century heir. Later in life, Edward also took up the cause of environmentalism, highlighting the need to preserve our rich biodiversity.

“Ed’s holy grail was the sheer delight of the pursuit of knowledge,” shared Paula J. Ehrlich, CEO and President of the E.O. Wilson Biodiversity Foundation. “A relentless synthesizer of ideas, his courageous scientific focus and poetic voice transformed our way of understanding ourselves and our planet…His gift was a deep belief in people and our shared human resolve to save the natural world.”

As Edward ​​once said, “You are capable of more than you know…Aim high. Behave honorably. Prepare to be alone at times, and to endure failure. Persist! The world needs all you can give.”

On the podcast Diary of a CEO, Greg showed how harnessing your personal story provokes inspiration in your company.

In “The Flag, the Cross, and the Station Wagon,” Bill—author of the first book on climate change for general audiences—combines national and personal stories to look to the past,and to the future.