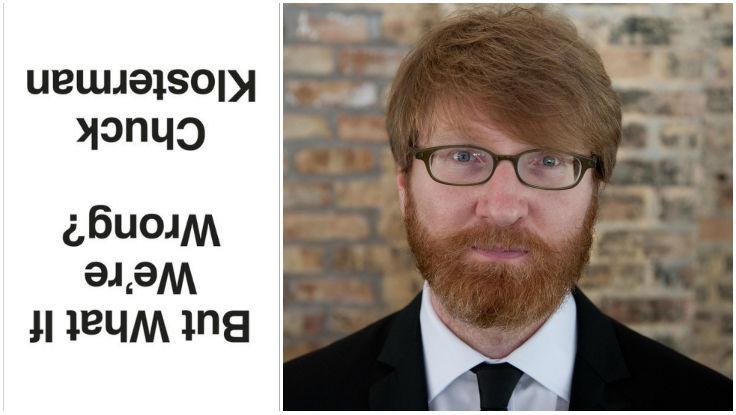 Speaker and cultural critic Chuck Klosterman’s latest book, But What If We’re Wrong?, is now available.

But What If We’re Wrong? is Klosterman’s ninth full-length effort, and has been hailed as “a series of intriguing thought experiments” by Publishers Weekly and a “clever, speculative book [that] challenges our beliefs with jocularity and perspicacity” by Kirkus. It’s an in-depth dissection of the ideas we take to be self-evident today, and whether they’ll be questioned—or even abandoned—in the future.

What aspects of 21st-century culture will survive 100, 200, even 1,000 years from now? What if the facts we’re completely convinced of today don’t hold up tomorrow? In But What If We’re Wrong?, Klosterman encourages us to think about the present as if it were the past, considering everything from science to sport to pop culture. Gothamist says of the book: “Klosterman probes the very notions of existence and longevity, resulting in perhaps the most mind-expanding writing of his career.” He’s been interviewed recently by The Guardian, CBS News, NPR, and Slate, and two excerpts from the book have been adapted into articles—a piece on the dubious future of football for GQ, and a prediction as to which musician will best embody “rock’n’roll” for future generations in The New York Times.

But What If We’re Wrong? imagines hitting the fast-forward button, then sifting through what’s left of the tape. Who knows what will still be heard?

As a keynote speaker, Klosterman steers through popular culture with deftness, poise, and wit, and approaches our media-saturated society with genuine intellectual curiosity. To book Chuck Klosterman for a conference, event, or other speaking engagement, contact The Lavin Agency today.