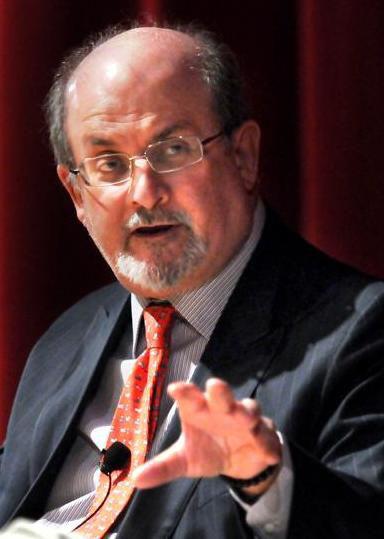 Salman Rushdie knows the true meaning of the "culture of offendedness" first hand. A world renowned author and popular arts speaker, Rushdie experienced this phenomenon from a series of safe houses after the release of The Satanic Verses—an experience he recently chronicled in his highly praised memoir, Joseph Anton. In a recent talk at Yale University (check out video footage of the event here), Rushdie reiterated the important role of freedom of speech in society and in the arts.

"There is no right not to be offended," he told the Yale audience. "It doesn’t trump freedom of speech. Read something else. See another movie. Leave the room." Further, he adds that freedom of speech is the "liberty upon which all other liberties depend." That doesn't mean that free speech should be malicious, however. In an interview on the Today show earlier this year he explained that the most important difference between hate speech and free speech is intent. There is a very real difference between contributing a serious piece of literature or art, and creating something simply for the purpose of being malicious. In his speeches, he often notes that it is up to the creator (author, musician, artist, etc.) to convey an honest and intriguing understanding of the world around us.