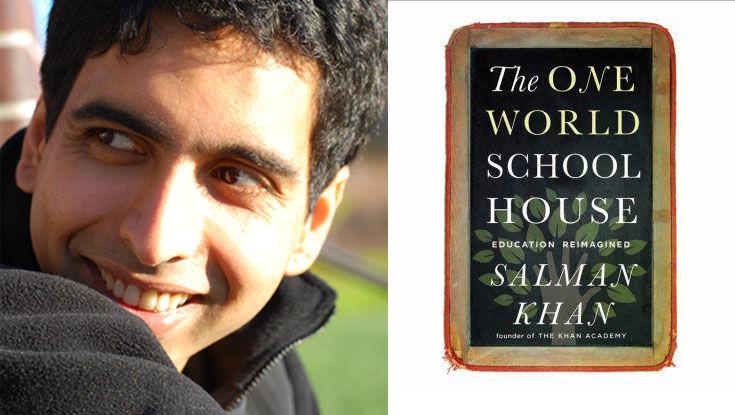 "The [Khan] Academy owned a PC, $20 worth of screen-capture software, and an $80 pen tablet," Salman Khan writes in his new book The One World Schoolhouse: Education Reimagined. "The faculty, engineering team, support staff and administration consisted of exactly one person: me. The budget consisted of my savings."

Salman Khan and his virtual school, The Khan Academy, now see approximately 4 million unique, online visitors a month. His innovative lessons (which he airs on his website and on YouTube) focus on visual learning, and Khan stresses openness of (every lesson is, and will always remain, free) as his guiding principle. “My dream was–and still is–to have a small Hogwarts kind of school, where I could be surrounded by really neat kids,” Khan tells The Telegraph. “I want a school where you have the ability to flex your creativity without sacrificing academic rigor.” In The One World Schoolhouse, Khan outlines his vision for a modern, global education system and shares his remarkable, and unlikely, personal journey from a successful hedge fund analyst to one of the world's leading voices on education.

His passion for overhauling a broken education system and his unwavering dedication to his vision has earned Khan the support of both Bill Gates and Google, and has helped make him one of Lavin's most requested speakers. With degrees from Harvard and MIT, Khan certainly has an academic pedigree. However, it is his down-to-earth approach and understated humor that make his lessons so popular. He hopes his work will leave a lasting impression on the education system, and help educators embrace the proliferation of new technologies to rethink how we teach our kids. "In 500 years I hope people look back and say, 'Imagine, kids had to learn in classrooms that were like factories and it was unheard of for an eight-year-old to truly deeply understand quantum physics. Isn’t that strange?'" says Khan. If decision makers around the world begin to learn from Khan's revolutionary methods, his dream just might come true.