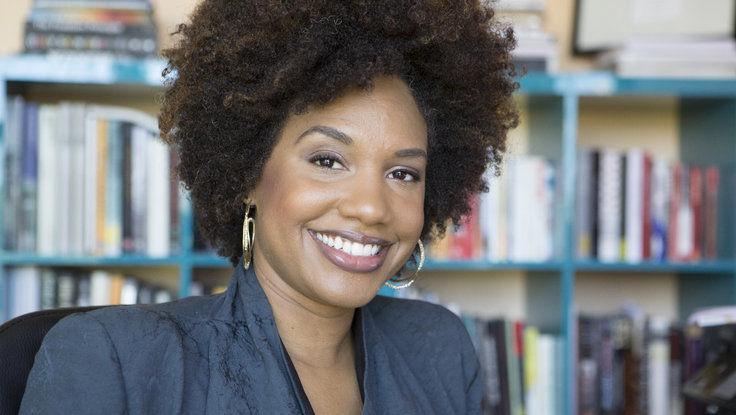 Visual artist, TED Fellow, and MacArthur grant recipient LaToya Ruby Frazier has embarked on a new project, Flint is Family, which is the subject of a stellar five-part feature in Elle.com and a 10-page feature in Elle’s September issue. Much like 2014’s groundbreaking The Notion of Family, her new work chronicles three generations of women, but this time in Flint, Michigan, set against the backdrop of the recent water crisis.

In Flint is Family, Frazier profiles Shea Cobb, her 9-year-old daughter Zion, and her mother Renée. As in Frazier’s own hometown of Braddock, PA, Flint is a rustbelt city whose economy was slowly dwindling with the decline of America’s auto industry. And in April 2014, when the town began temporarily drawing its water supply from the nearby Flint River, things became worse very quickly. The river’s corrosive water caused lead from old piping to leach into the water supply, eventually exposing between 6,000 and 12,000 children to drinking water with elevated lead levels. Flint’s water crisis is arguably America’s worst man-made environmental catastrophe in recent memory.

Frazier’s project includes a series of haunting black-and-white stills and a short film narrated by Shea Cobb herself. For all 36 photographs, the short film, an informative timeline of the events in Flint, read the full article via Elle.

To book TED Fellow LaToya Ruby Frazier for a keynote on art as transformation, or on the value of collaboration for social change, contact The Lavin Agency speakers bureau.