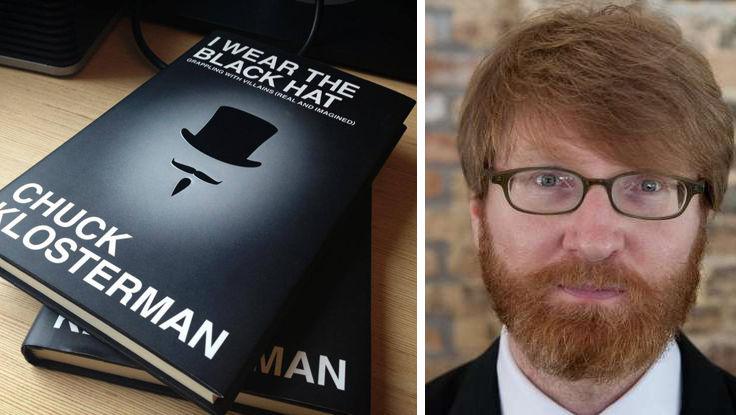 What defines a true villain? In the words of pop culture critic Chuck Klosterman, a villain is someone who "knows the most but cares the least." In his newly released book, I Wear The Black Hat, Klosterman forays into the world of villainy using both fictional and flesh-and-blood characters. Coinciding with today's book release, Klosterman was featured in both The National Post and Rolling Stone this week. In his trademark style, he speaks to how pop culture figures (in this case, those who don "Black Hats") help us "grapple" with the world around us.

"As you mature you find that because your personality is already created, you're kind of using other characters to understand yourself," he tells Rolling Stone. As you get older, he argues, you start to relate to the actions of those perceived as villainous. He calls this the "Star Wars trajectory." Fans of George Lucas' trilogy tend to initially relate to Luke Skywalker. Luke is the poster-child for heroism and goodness—right down to his all-white ensemble. (That is, until he "embraces his dark side" and cloaks himself in a black robe.) He's relateable because he is purely good, by everyone's measure. But, the NYT Magazine Ethicist argues, maturation and experience eventually shift your admiration onto Hans Solo. He's mostly good, but he has the "the trappings of bad," Klosterman relays in The National Post. Eventually, almost unfathomably, we might even relate to Darth Vader.

It's not that we become bad, necessarily, Klosterman says. It's more that we can relate to why a "bad guy" would act the way he does after being exposed to the hardships in the world. In I Wear The Black Hat (which Publishers Weekly calls "intellectually vigorous and entertaining") Klosterman explains our fascination with the villain. He goes beyond the duality of good and evil, black and white, to help us dissect the complex realm of villainy and explain why the antihereo is so prevalent in pop culture. Whether in his books or his public speeches, Klosterman uses pop culture as a lens to better understand who we are as people and why we act the way we do.