David Eagleman: Can Neuroscience Help End the War On Drugs?

This week, neuroscientist David Eagleman spoke at a Google 'Debates' series addressing the war on drugs. Other luminaries on the bill included Vincente Fox, Julian Assange, Eliot Spitzer, Richard Branson, and Russell Brand. "The reason why we're losing the war on drugs," Eagleman said, "is because we're attacking supply, and that's like a water balloon: if you press it down in one place, it comes up somewhere else." What Eagleman and his colleagues are attempting to do, instead, is attack the demand—or "the brain of the addict."

David Eagleman is The Director of Baylor College of Medicine’s Initiative on Neuroscience and Law. Pointing to recent advancements in neuroscience and biology, he said that we now understand more about the circuitry of the addict's brain than ever before. This information is useless, however, if we don’t act upon it. He pointed to three concrete treatments that may help curb drug addiction:

1) Pharmaceutical drugs that block the 'high' in the brain of an addict.
2) A 'cocaine vaccine' that uses the immune system to sop up a drug before it enters the brain.
3) The use of real-time feedback imaging to help train the frontal (or control) parts of the brain to manage its cravings.


By better understanding our brains, we can focus on eliminating the demand for drugs within ourselves. Eagleman is a young leader in the field of neuroscience and the author, most recently, of the bestselling Incognito. Whether he's studying the brains of addicts or dropping himself in freefall from a 150-foot tower to see if time slows down in life-threatening situations, he consults new discoveries in brain science to help solve our most pressing problems.

south by southwest | March 13, 2012
Can We Live Forever? Lev Grossman in Conversation with Raymond Kurzweil 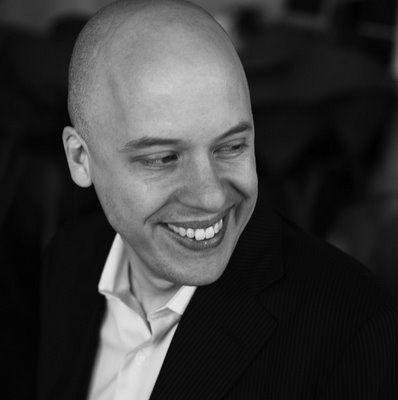