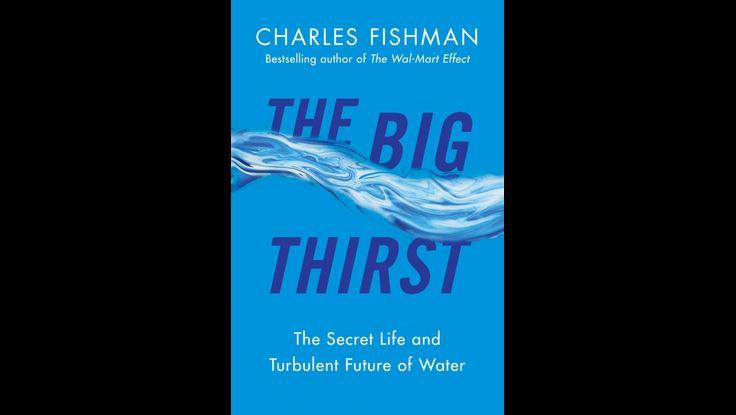 Above is a sneak peak at Charles Fishman’s new book, The Big Thirst, his globe-trotting tour de force on water — the world’s most precious and least understood resource. The golden age of water — an age when water was clean, cheap, and abundant — is coming to an end, says Fishman, a Fast Company investigative reporter and author of the acclaimed book, The Wal-Mart Effect. In a corporate keynote based on The Big Thirst, Fishman outlines the risks, but also the opportunities, for governments and businesses.

From The Lavin Agency:


There’s Money in the Pipes: The Urgency of Understanding the Value of Water Now

We are entering a new age of water — an era of risk, anxiety, and opportunity unlike any in the previous century. There is no clearer sign of the importance of water than the fact that some of the world’s smartest companies — such as Coca-Cola and Intel — are re-imagining their water use, changing their priorities, and, in some cases, even changing their products. (Campbell’s, for instance, has changed the way it cooks tomato soup.) Even companies with no obvious connection are taking water seriously: GE and IBM both have started water divisions to turn water into a business. In an eye-opening and contrarian talk, Charles Fishman, one of America’s most acclaimed business journalists, takes you to the front lines of water to show you what’s at stake, what you need to know, where the innovation is happening, and how your company can benefit. Fishman has spent the last three years understanding how the relationship between corporations and water is about to change. He has circled the globe to visit the companies, and the communities, that are trying to understand their own water use, and he distills, on stage, everything he’s learned (from them). Those who hear this talk will never think about water, and its striking implications, the same way again.