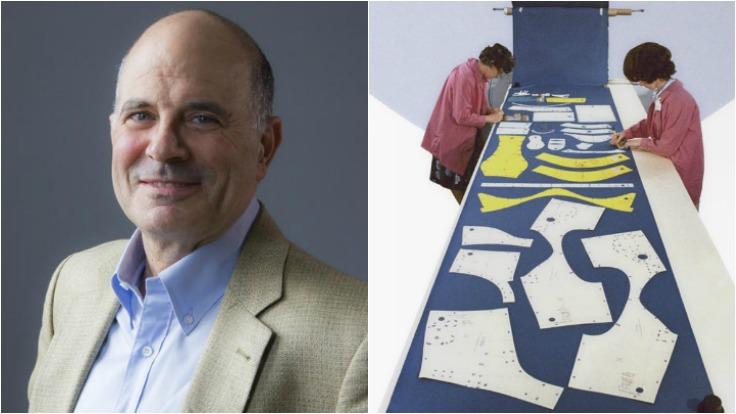 In One Giant Leap, Charles Fishman writes the untold story of the moon landing—charting how the ambitious project was scaled through innovation, teamwork, and technological advancement. As part of Fast Company’s 50 Days to the Moon series—which features a story each day leading up to the 50th anniversary—Fishman explains how a bra company beat out the competition to make the now-iconic spacesuits.

In the 1960s, NASA was a male-dominated, engineer-driven organization. The fact that it selected Playtex—a company specializing in female undergarments—to make one of the most vital pieces of spaceflight equipment was surprising, to say the least. The bar for the suits, like every piece of equipment for the mission, was set incredibly high. They not only had to be inflated, pressurized, and able to withstand a variety of temperatures; but they also had to offer flexibility and ease of movement for the astronauts.

“It’s easy enough to make a tank-like suit that will protect a person from the rigors of space. But making a suit that does that, and also moves with something like grace and ease—that turned out to be brutally difficult,” writes Charles Fishman in his exclusive article for Fast Company.

Playtex had just six weeks to design and manufacture its prototype for consideration, where it would go head-to-head with suits developed by defence contractors. Against all odds, the Playtex suit was far and away the best contender: “The company adopted a layered design, believing that it would offer astronauts the flexibility NASA needed. The suit would end up having 21 layers.”

Flying to the moon required a culture of innovation-on-demand that quite simply didn’t exist—in the 60s, or today. NASA fostered this inaugural culture by coordinating dozens of internal teams, as well as seeking outside expertise whenever they hit a ceiling. Playtex’s contract with NASA was just one of many examples of how the space agency nurtured innovation through a rigorous system of decentralized teamwork. 50 years later, and NASA still stands by its unconventional choice—spacesuits today continue to be manufactured by the same division of the Playtex company.

To book Charles Fishman for your next speaking event, contact The Lavin Agency today, his exclusive speakers bureau.