Can we create new senses for humans? Is it possible to feel information? Can we experience data the same way we hear, see or feel other things? What would a world where we’re not limited to our five biological senses be like?

David Eagleman answered these questions—and many, many more—in his astounding new TED talk (embedded above).

His speech is the first from the 2015 conference to go up online, and it’s already making huge waves. The talk was one of TED 2015’s most talked-about, and the video’s already racked up hundreds of thousands of views. Garnering a standing ovation and plenty of online buzz, it even impressed festival curator Chris Anderson, who called it “mindblowing.”

So what’s all the hype about?

“We live in a world of information now,” Eagleman says, but “there’s a difference between accessing big data and experiencing it.” As a neuroscientist whose work explores how technology interacts with our brains, that difference is something he’s keen to investigate.

First, Eagleman shows off a vest that he and his lab at the Baylor College of Medicine designed to translate sounds into vibrations for deaf wearers. After just a few short training sessions with the vest, wearers are able to “hear” words, and even repeat them back perfectly by writing them down. In other words, it’s possible to retrain your senses, or even create new ones, by treating the brain as a kind of computing device that can learn new ways to connect and interpret information.

The vest is cool enough on its own—but according to Eagleman, devices like it are just the beginning. As he goes on to explain, we can create systems that assimilate other kinds of information and data and translate them into physical experience, creating new “senses” for all kinds of information. “Imagine an astronaut being able to feel the health of the international space station,” he says, “or you, being able to feel the invisible states of your own health, like your blood sugar and the state of your microbiome.”

It’s astounding stuff—and to hear Eagleman tell it, the possibilities are endless. His vision of a world where data, technology, and experience combine to form new and unprecedented realms of sensory experience is unlike anything you’ve ever seen or heard before—and it’s absolutely worth watching.

To book David Eagleman as the keynote speaker for your next event, contact The Lavin Agency speakers bureau.

innovation | March 17, 2015
Better and Faster by Jeremy Gutsche Has "Epic" Launch at SXSW 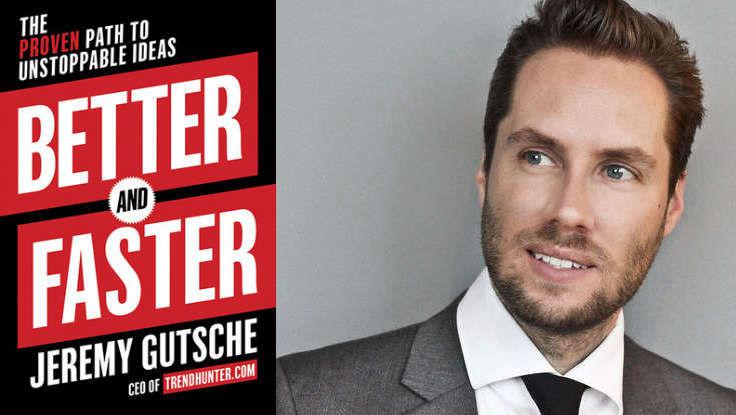