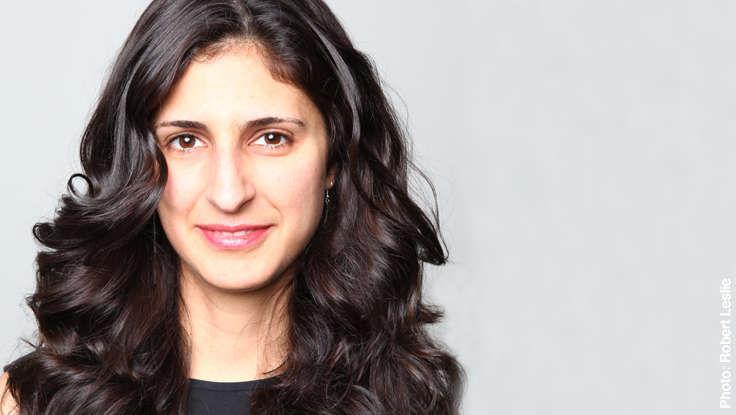 Lavin keynote speaker Nina Tandon is featured in the October 2015 issue of Inc. magazine (appropriately, in the publication’s “Most Innovative Women” section). As CEO and co-founder of EpiBone—the world’s first company growing living human bones for skeletal reconstruction—Tandon has a unique entrepreneurial story behind forming, and funding, a company at the forefront of what she calls “biology as design,” and one that asks the question, “What if you start collaborating with nature instead of trying to harness it?”

“We got a grant in 2011 and incorporated in 2013,” she says. “Then we wanted to raise $700,000 of angel funding, but did a $4 million round instead ... I do think science is storytelling. I didn’t tell investors they would get a return. I said, ‘If you’re interested in WhatsApp, walk away. We’re slow and steady, we’re science nerds, and we are aiming to help humanity.’” Such an approach earned her investments from 66 major players, including Peter Thiel, the co-founder of PayPal and billionaire investor behind startups like Airbnb, Facebook, and LinkedIn.

Tandon also recently appeared in the following inspiring video for the World Economic Forum, in which she speaks further on the concept of “collaborative biology” and sustainability. “Everything we’ve ever learned from biology is light-years ahead of our own technology,” she says.

In her thrilling and eye-opening talks, Nina Tandon explains the process of growing tissue and transplants, and the future of medical science. With the help of manufacturing and information technology, we are on the verge of being able to grow human tissue—and Tandon is here to walk us through this unbelievably exciting era.

To book Nina Tandon as the speaker for your next event, contact The Lavin Agency speakers bureau.