Being Water-Smart Gives You A Competitive Advantage: Charles Fishman

As Big Thirst author and water speaker Charles Fishman reminds us in a new interview, our reliance on water is more entrenched in our lives than we even realize. We're using water even when we don't know it, he says. "Anytime anybody in the world punches enter on a Google search," he tells us in an exclusive interview at Lavin's Toronto office,  "you're using two tablespoons of water just to conduct that Google search, just for that person." That's a whole lot of water being consumed in a way we aren't really even thinking about.

The smartest people and the smartest companies, Fishman argues, realize this. They have started to think smarter about their water consumption and water use. And, as he says, they have learned that being creative about water doesn't just save the environment—it also saves you money. Saving water saves you energy, which in turn saves electricity. It's a positive spiral, he explains, because the more you save in water the more you save in other areas. Being water-smart also gives you a competitive advantage in the market, Fishman adds. A company like Ford, for example, would not have been able to maintain its holdings in Mexico had it not thought ahead about water use. The country is experiencing a massive drought and Fishman says that without forward-thinking policies, Ford wouldn't have two factories in Mexico today.

It's not just companies that need to think smarter about water—but communities as a whole. Orlando and Las Vegas are two big cities that Fishman says have been doing some impressive things with their water consumption—effects which have trickled down to benefit the entire community. "The good news about water problems is they're solvable," Fishman notes. "The bad news is that water is not subject to wishful thinking." You have to start planning now. That's what he stresses in his book and in his keynotes. Water is our most valuable natural resource and making better use of it not only secures a brighter environmental future, but a more economically viable one as well. 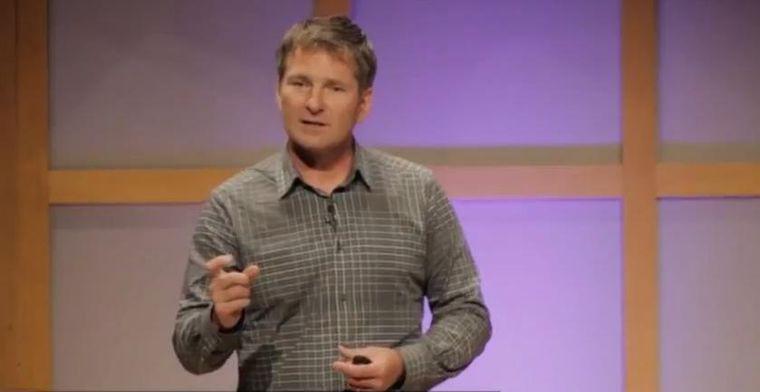