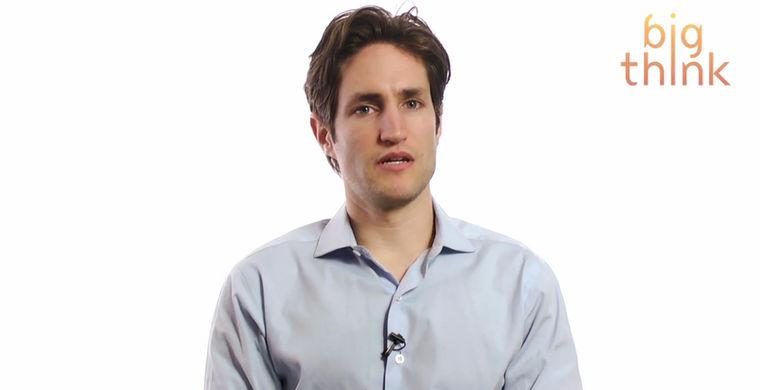 Why did science speaker Adam Alter decide to title his new book after a shade of pink that once graced the inside of jail cells? As he explains in a new BigThink segment, Drunk Tank Pink—which is the name of this unique shade of pink, and the title of Alter's book—was originally used to pacify violent people. In the 1960s, psychologists in Canada found that painting school hallways pink tended to make the students calmer, less aggressive, and more engaged. When hearing about these results, Naval officers in Seattle wanted to see if this color would have the same impact on violent criminals. It did. As Alter cites, the officers found that putting dangerous inmates in these pink jail cells (often referred to as drunk tanks) for 15 minutes dramatically decreased their aggressive behavior. In fact, "over a 9 month period, there wasn't a single violent or aggressive incident," he says.

Why did this color have such a profound impact on those who saw it? Alter says there are several theories. One theory is that there's something about the way the color hits the eyes that triggers a calming response in our brains. Alter says he isn't completely sold on this theory. "I think the better explanation is probably about our expectations and our associations when we see the color pink," he tells BigThink, "but that complexity, I think, is what's present in a lot of the examples in the book." In Drunk Tank Pink, Alter explores the environmental cues that impact how we think, act, and feel. Sometimes, these forces are at work without us even being conscious of them. Want to get more hits to your online dating profile? Having trouble getting any one to pick you up while hitchhiking? Alter suggests wearing the color red. Want to get more people to donate to a disaster relief fund? Alter tells Lavin there's evidence to suggest we're more likely to give money to victims of a storm named after us or containing the first initial of our name.

In his book, Alter supplies us with the ammo to better understand the environmental cues that impact the way we live. On stage, Alter expands on his intriguing research. With applications that span from the health and education sectors, to the boardroom, government, and justice departments (to name a few), the ideas in Drunk Tank Pink can help us craft better policy and live better lives. Whether it's in the lectures he gives as the Assistant Professor of Marketing and Psychology at NYU, in media appearances, or in stunning keynotes, Alter shows us why we do the things we do. And, he shows us how we can apply this newfound knowledge to be more productive and live happier lives.