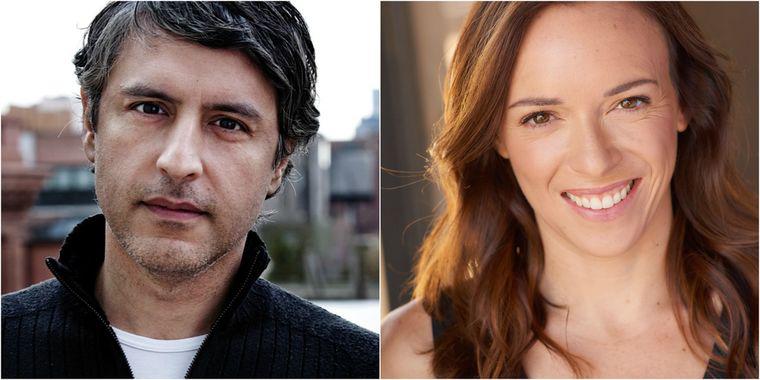 As an interfaith, interracial family, Reza Aslan and Jessica Jackley were at a loss to explain Trump’s win to their young kids. But their eldest child already knew exactly what to say: “The way we defeat bad guys is by loving them so they become good guys.”

Reza Aslan is a NYT bestselling author and the host of Believer, CNN’s upcoming series on world religions. He’s a Muslim. Jessica Jackley is the co-founder of KIVA, the world’s most successful microlending site. She grew up “in a white, Protestant, evangelical suburb.” Writing for The Washington Post, they explain the confusion, disappointment, and sadness they felt as Trump won the presidency. After all, to the interfaith couple, a man who “who looks down on people like us, who would prefer we not exist in this country, had become president.” But they had to bad break the news to their kids—and how do you explain “that this time the bad guy won”?

Their son’s surprising response made things much easier—“The way we defeat bad guys is by loving them so they become good guys”—a reply that strengthened their resolve to keep practicing what they believe in. They write:

So this will be our response. We will teach our children to be champions of all that Donald Trump denigrates. We will preach and practice equality in all things. We will show our sons how to empower girls and women. We will teach them to respect and learn from all faiths. We will show them the joy of discovering, and celebrating, other cultures. We will gather our friends of all races and creeds and hold them close. We will seek out the people who put Trump in office, who fear us and call us enemies, and we will love them.

In keynotes, Jackley explains how social ventures can transform lives—and offers stories of resilience, hope, and optimism from her work with some of world’s poorest people. Aslan speaks on how ordinary Americans can help eradicate Islamophobia, and how gaining a global perspective on faith can banish preconceptions and deepen empathy.

To book keynote speaker Reza Aslan or Jessica Jackley as the guest speaker for your next conference or event, contact The Lavin Agency, their exclusive speakers bureau.