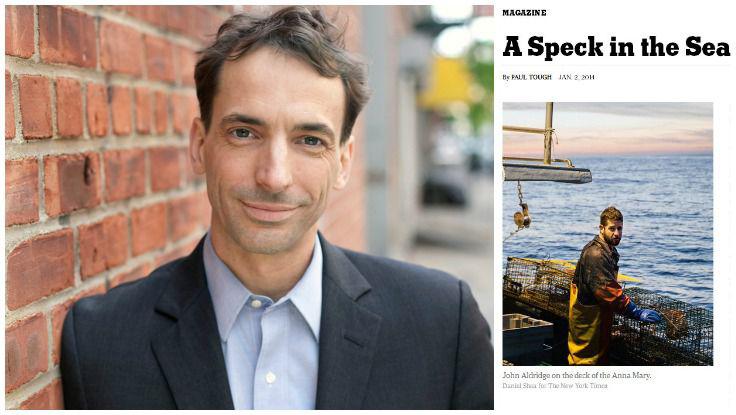 Well, that didn't take long. Education speaker Paul Tough, best known for his bestselling book How Children Succeed, has landed a major film deal with The Weinstein Company. The rights to his recent New York Times Magazine story, "A Speck in the Sea," about the rescue of fisherman John Aldridge, were snapped up by the production company only a few days after the magazine hit newsstands. Matt Damon and Ben Affleck are already speculated to star in the film.

From the press release:

"Tough’s New York Times Magazine article explores the harrowing true story of the rescue of lobster fisherman John Aldridge who fell into the ocean in the middle of the night on July 24th, forty miles off Montauk with no life vest and no way to signal where he was. Anthony Sosinski, his childhood best friend and partner on the boat, woke up to realize John was gone. What followed was an unprecedented multi-state rescue operation involving both the Coast Guard and the fishing community from across the Northeast. Producer Horovitz was in East Hampton when the story unfolded and with Blum chased the powerful New York Times Magazine piece.

Commented TWC Co-Chairman Harvey Weinstein: 'Paul’s piece in the Times magazine last weekend was one of those that instantly struck us as film that had to be made.'"

Our heartfelt congratulations go out to Paul Tough! We wish him and The Weinstein Company much success in the production of the film.