For LaToya Ruby Frazier, photography shines a spotlight on injustice in contemporary America. Her photos, often set in stark yet stunning black-and-white, capture three generations of history in her hometown of Braddock, Pennsylvania—an industrial suburb and microcosm of the 20th-century rustbelt, nine miles downriver from Pittsburgh. In her art and stirring keynotes, Frazier reveals Braddock’s shining past and troubling present—one of poor living conditions, economic disparity, healthcare inequality, racism, and environmental contamination—delivering work that is both intensely personal and telling of larger national concerns.

In the 1920s, Braddock was a proud industrial hub of more than 20,000—home to both a state-of-the-art steel mill and a Carnegie library. But the once-booming steeltown soon crumbled under the weight of collapsing industry. Coupled with the following War on Drugs, its population quickly dwindled to a tenth of its size. Worse still was the treatment of its African American residents: redlining, a major hospital closure, and policies of aggressive displacement conspired to progressively lessen their standard of living. And soon, the effects of long-term industrial labour and environmental toxicity began to degrade the health of Braddock’s citizens as well.

In her award-winning debut The Notion of Family, Frazier’s photographs detail the decline of Braddock through the eyes of three women: her grandmother, her mother, and herself. With all the intimacy of a family album, but with a broader social focus, the book is a two-pronged exploration of self and society. Derelict buildings, empty lots, and long-abandoned storefronts paint a poignant picture—one of a town struggling just to stay above water—and shots of Frazier’s family reveal the emotional and physical toll of living in such a place. Highly acclaimed, The Notion of Family was the recipient of the International Center of Photography Infinity Award, and received glowing praise in The New York Times and The Paris Review.

Frazier, an assistant professor of photography at the School of the Art Institute of Chicago, is both a TED Fellow and a Guggenheim Fellow in the Creative Arts. And last year, she received the prestigious MacArthur Fellowship for her work on The Notion of Family—cementing her prominent place in both social justice and the visual arts. Now, she speaks with conviction about art as social change—and as a means of transforming lives.

motivational | April 19, 2016
New Videos: Motivation from the Rink to the Boardroom with Karl Subban 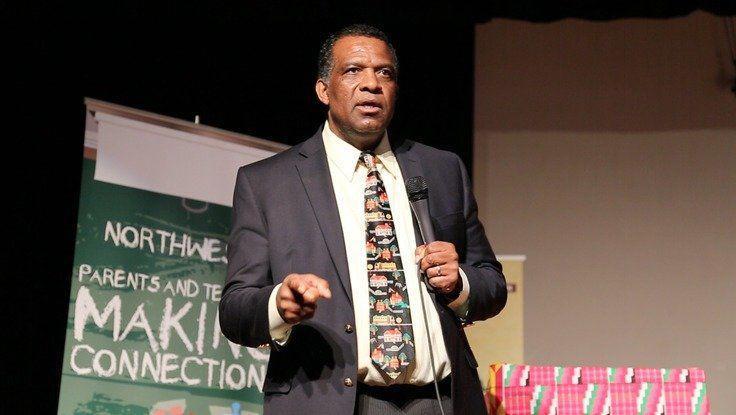